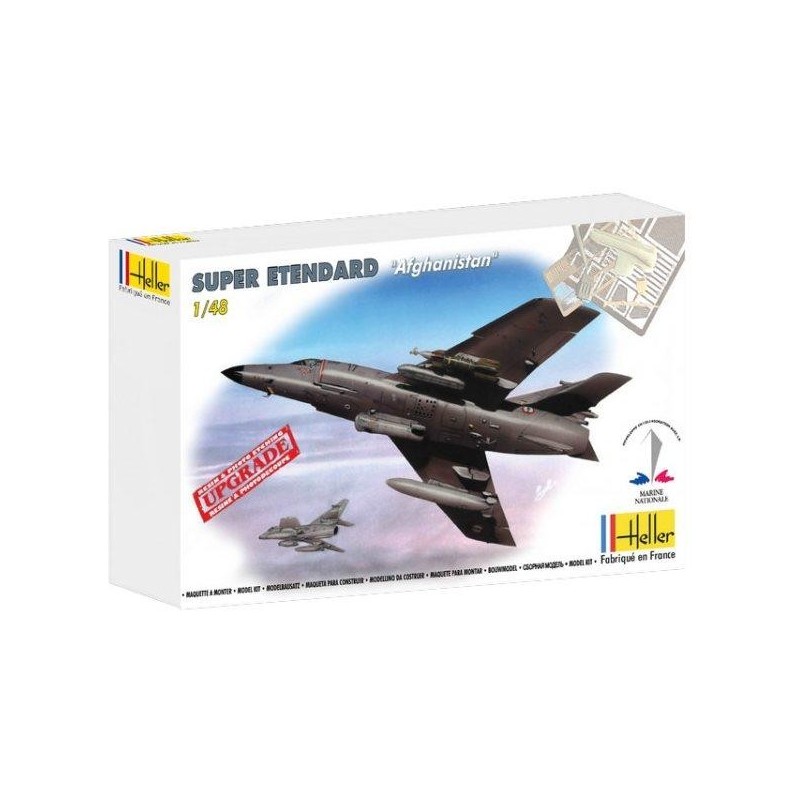 - When it came into active service in 1978, the Super Étendard was only supposed to be an updated version of the Étendard IVM. However the overhaul of the aircraft and its weapons systems was so complete that todays Super Étendard only shares part of its name (and remarkable flight capabilities) with its illustrious ancestor. Its low and medium altitude manoeuvring capabilities make it a remarkable assault aircraft that can perform both maritime and ground missions using armaments as diversified as nuclear weapons, anti-surface and air-to-ground missiles, bombs and cannon. Alongside the Rafale, it remains the spearhead of French naval aeronautics. Eighty-five Super Etendards have been produced by DASSAULT Mérignacs assembly line. Although primarily tasked with providing air cover for the fleet, it is also well-known as a formidable pairing with the AM-39 "Exocet" missile, designed for naval warfare. The Super Étendard also provides fire support for ground forces, and reconnaissance missions at low, medium and high altitudes. Its high performance level during campaigns in Lebanon, Bosnia and Kosovo, and very recently in Afghanistan has not gone unnoticed. These transformations were made possible thanks to a series of modernization programmes, which have successively brought Super Étendards up to standard 2, then 3 and 4, thus making them Modernised Super Étendards, also designated SEMs, the original French abbreviation. HELLER is now proud to offer upgrades to standard 5, the ultimate evolution of the SEM that honourably extends its operational capacity into 2017, the scheduled date of its retirement. The key points are as follow:

- Improvements to the navigation and attack systems in order to optimise precision bombing and the complete the integration of the Damoclès pod:

- Improvements to the auto-pilot function, (to relieve the pilot during air combat manoeuvres):

- Introduction of new configurations (particularly improved range thanks to the two-bomb payload system). In short, this standard gives both the aircraft and its pilots total night flying operational capabilities, with the implementation of the Damocles laser targeting pod coupled to a FLIR unit to ensure night flying navigation capability.