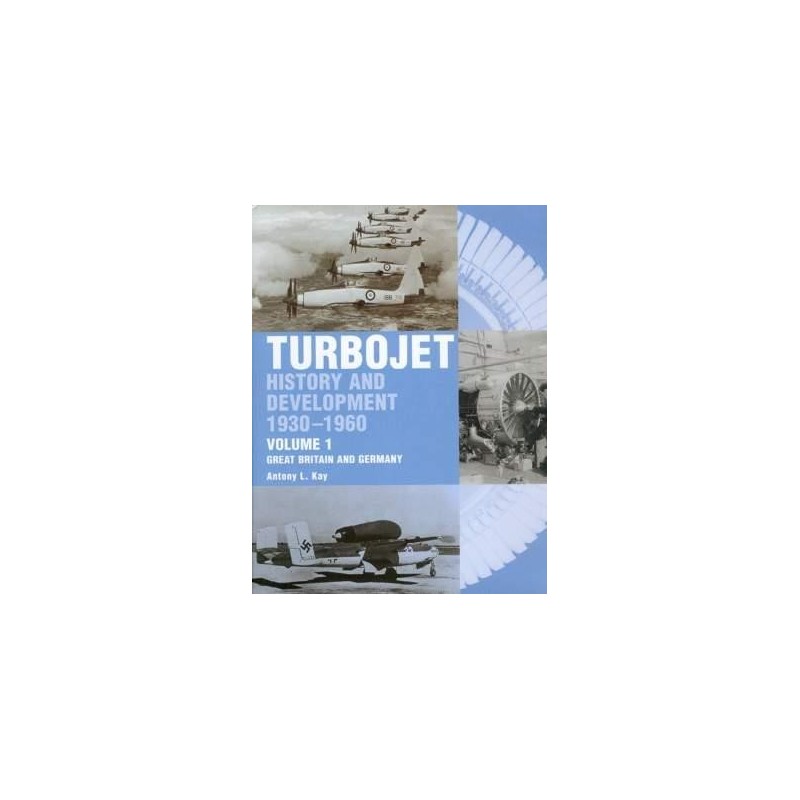 This important project brings together the early histories of the development of the turbojet, turboprop and turboshaft engines for the first time. The work of twelve nations [Great Britain, Germany, the Soviet Union, the United States, Japan, France, Canada, Sweden, Switzerland, Italy, Czechoslovakia and Hungary] is described from the earliest days up to the end of the 1950s. This was the Golden Age of aeronautical development and in that time hundreds of engines were developed using the new and exciting gas turbine technology. These engines powered some of the most important and best loved aircraft of the century.

This first of two volumes looks at the pioneering work of British and German designers and manufacturers, starting with the very first jet engines designed by Frank Whittle before World War Two. Technical details are set in their matrix of events, personalities, politics and world history. The text is supported with almost 300 black & white photographs and drawings and the book is complete with appendices, including engine data tables.