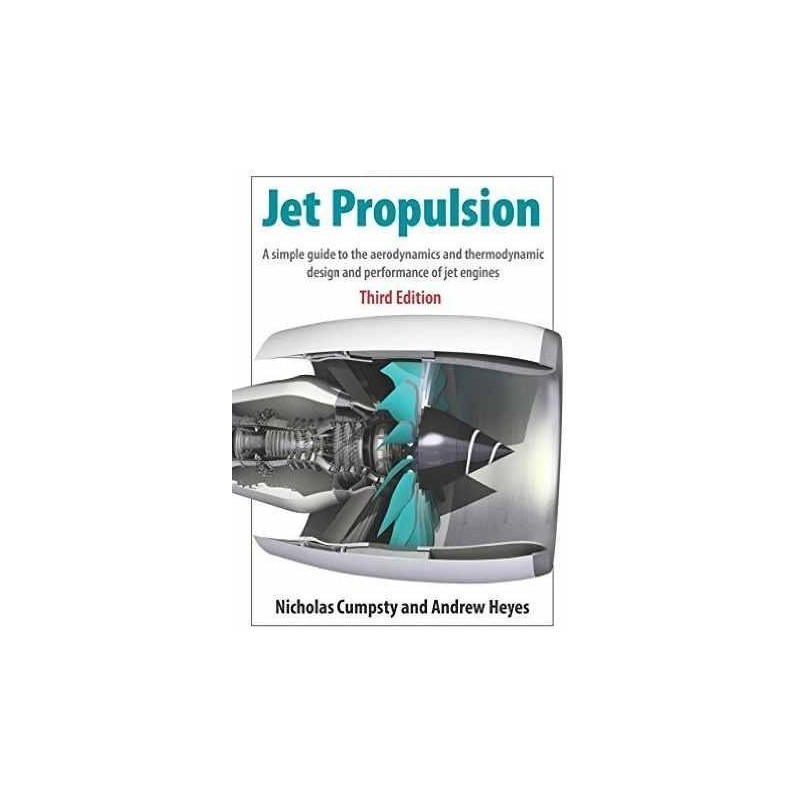 Now in its third edition, Jet Propulsion offers a self-contained introduction to the aerodynamic and thermodynamic design of modern civil and military jet engine design. Through two-engine design projects for a large passenger and a new fighter aircraft, the text explains modern engine design. Individual sections cover aircraft requirements, aerodynamics, principles of gas turbines and jet engines, elementary compressible fluid mechanics, bypass ratio selection, scaling and dimensional analysis, turbine and compressor design and characteristics, design optimization, and off-design performance. The civil aircraft, which formed the core of Part I in the previous editions, has now been in service for several years as the Airbus A380. Attention in the aircraft industry has now shifted to two-engine aircraft with a greater emphasis on reduction of fuel burn, so the model created for Part I in this edition is the new efficient aircraft, a twin aimed at high efficiency.

- The emphasis is on simple, realistic, design examples of real jet engines, especially engines under development at present - these real examples of current applications of technology give readers additional insight

- Addresses the modern aircraft industry shift to two-engine aircraft with a greater emphasis on reduction of fuel burn: the model created for Part I is the new efficient aircraft, a twin aimed at high efficiency

- Contains a substantial number of exercises, which follow, as far as possible, logical steps in the design of the civil engine and the military combat engine

- Coverage in the third edition switches to using fan pressure ratio as the independent design variable rather than bypass ratio, thus making use of modern state-of-the-art design strategies and giving a much clearer insight into controlling effects