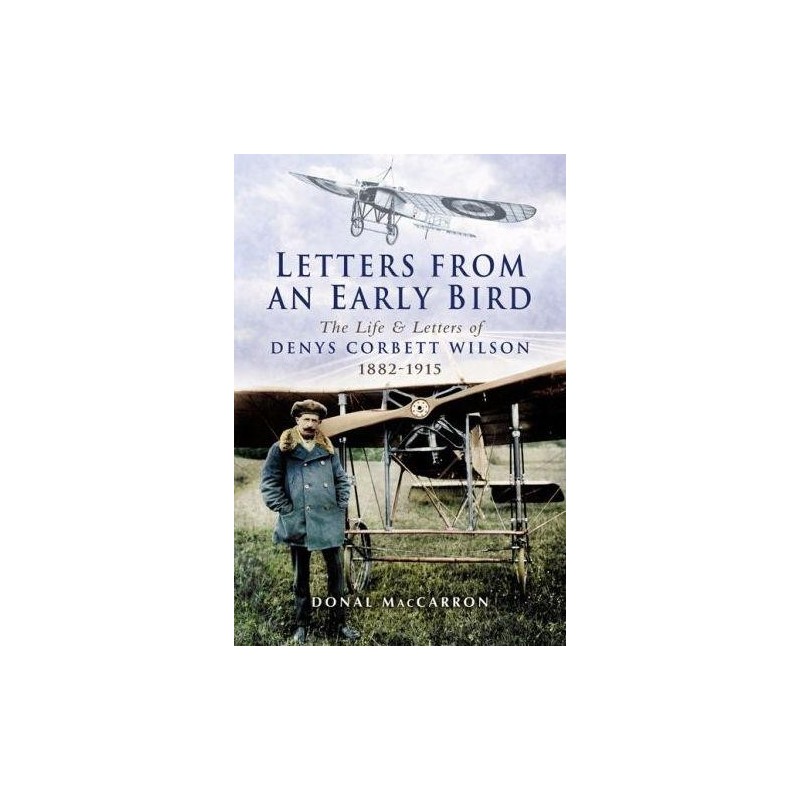 This is the story of an early pioneer aviator who took to the air just a few years after the Wright Brothers proved that man was capable of controlled powered flight. Corbett Wilson (CW) was the only son of a wealthy family and was educated at Eaton from 1896 to 1899. He was commissioned into the Dorset Regiment and served in the South African War, by the end of which he had transferred to the Royal Artillery and became a Lieutenant in 1908. CW enrolled at the Bleriot Flying School at Pau in southern France and upon gaining his wings purchased a Bleriot XI aeroplane. Later he flew from Hendon Aerodrome and from there he made the first flight across the Irish Sea. When World War I loomed CW joined the military division of the newly formed Royal Flying Corps and in August 1914 he took off from Dover for France with No. 3 Squadron. It is this point that the vividly written letters sent to his mother give an enthralling insight into the developing war and the early military use of aircraft in battle. He lasted just ten months before being shot down by enemy flack on 15 May 1915.