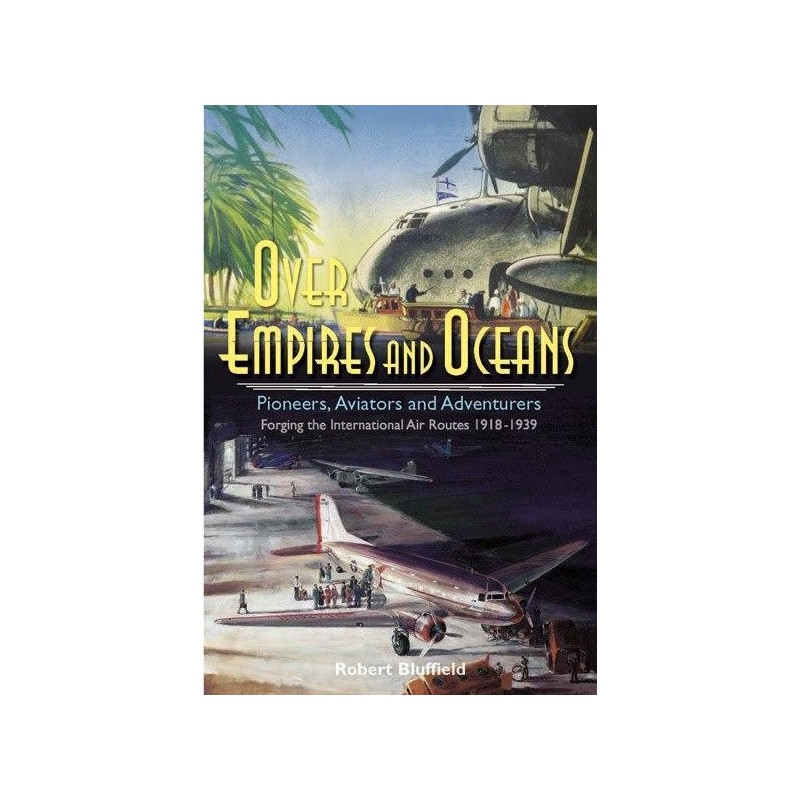 OVER EMPIRES AND OCEANS. Pioneers, Aviators and Adventurers. Forging the ...

This is a story of pioneers, intrepid aviators, adventurers, tycoons, innovators, flamboyant entrepreneurs, some well known, others forgotten, who risked fortunes and reputations to follow their dreams of reaching and ruling the skies over empires, continents and oceans. Robert Bluffields highly researched and detailed account tells dramatic stories of bewildering adversity, corruption, underhanded deals and dwindling resources: tenacious individuals who braved the elements using primitive, entirely unsuitable equipment to establish earth-shrinking aerial services that criss-crossed the great oceans and the globes most inhospitable territories. These are the stories of the pioneers who had a far-reaching impact on the way the modern world would travel.

OVER EMPIRES AND OCEANS. Pioneers, Aviators and Adventurers. Forging the ...