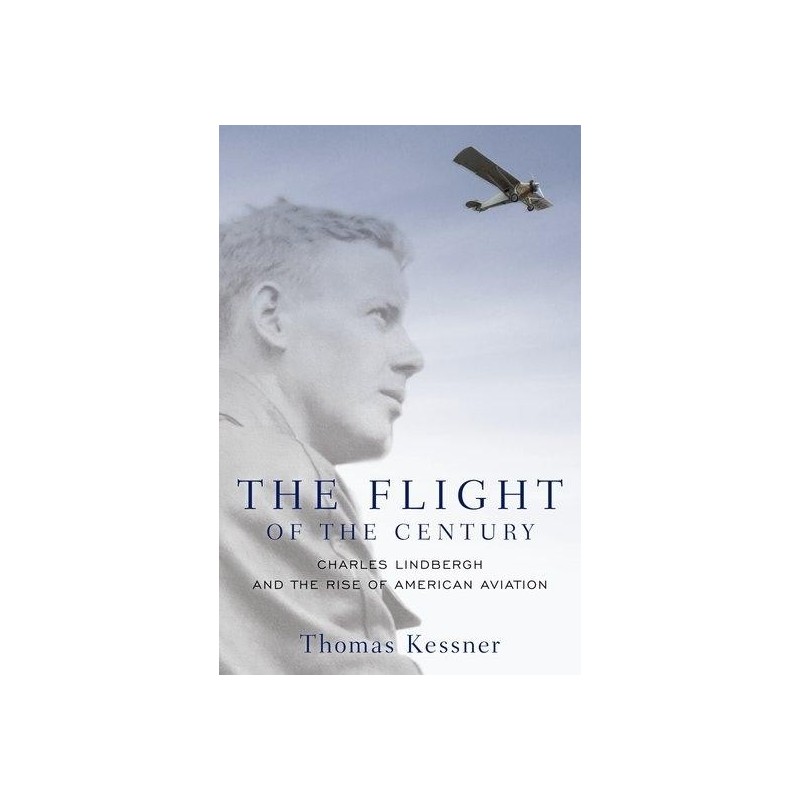 THE FLIGHT OF THE CENTURY. Charles Lindbergh and the Rise of American Aviation.

In late May 1927 an inexperienced and unassuming 25-year-old Air Mail pilot from rural Minnesota stunned the world by making the first non-stop transatlantic flight. A spectacular feat of individual daring and collective technological accomplishment, Charles Lindbergh's flight from New York to Paris ushered in America's age of commercial aviation.

In The Flight of the Century, Thomas Kessner takes a fresh look at one of America's greatest moments, explaining how what was essentially a publicity stunt became a turning point in history. He vividly recreates the flight itself and the euphoric reaction to it on both sides of the Atlantic, and argues that Lindbergh's amazing feat occurred just when the world--still struggling with the disillusionment of WWI--desperately needed a hero to restore a sense of optimism and innocence. Kessner also shows how new forms of mass media made Lindbergh into the most famous international celebrity of his time, casting him in the role of a humble yet dashing American hero of rural origins and traditional values. Much has been made of Lindbergh's personal integrity and his refusal to cash in on his fame. But Kessner reveals that Lindbergh was closely allied with, and managed by, a group of powerful businessmen--Harry Guggenheim, Dwight Morrow, and Henry Breckenridge chief among them--who sought to exploit aviation for mass transport and massive profits. Their efforts paid off as commercial air traffic soared from 6,000 passengers in 1926 to 173,000 passengers in 1929. Kessner's book is the first to fully explore Lindbergh's central role in promoting the airline industry--the rise of which has influenced everything from where we live to how we wage war and do business.

The Flight of the Century sheds new light on one of America's fascinatingly enigmatic heroes and most transformative moments.

THE FLIGHT OF THE CENTURY. Charles Lindbergh and the Rise of American Aviation.