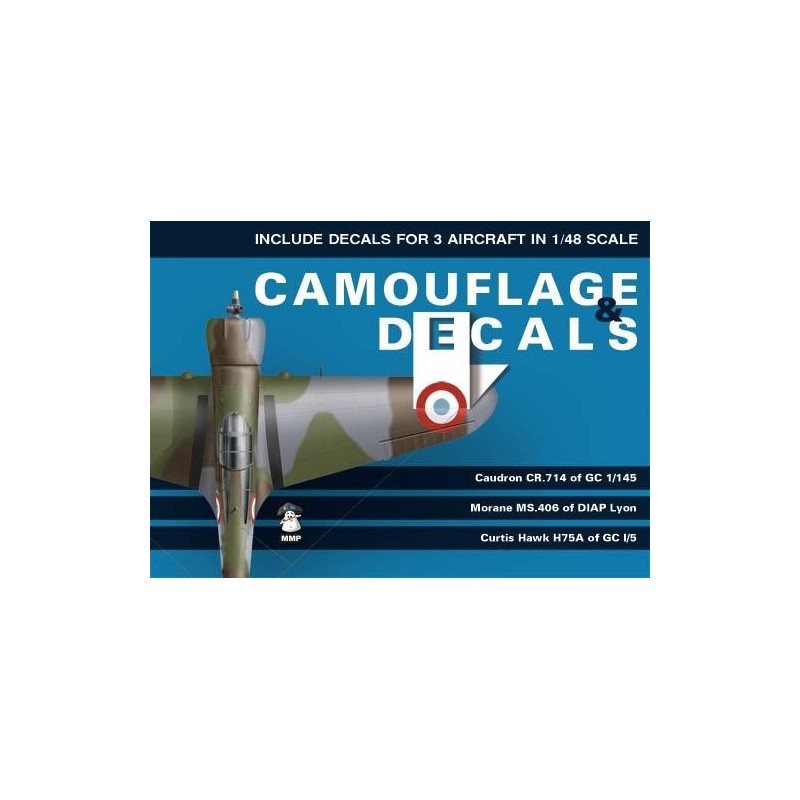 This is the first in a new series, Camouflage & Decals. The book describes in great detail the camouflage and markings of three aircraft types used by Polish pilots in France in 1939 and 1940: Caudron CR.714 - a series of fighter aircraft developed by Caudron-Renault for the French Armee de l'Air just prior to the start of World War II. Morane MS.406 - another Armee de l'Air fighter built in 1938, this was France's most important fighter during the early days of WW II. Curtiss Hawk H75A - the export version of the American P-36/Hawk 75 saw extensive service in France in 1940, where they were modified with French equipment. The book includes high quality Techmod decals to be used on 1/48 scale models of these aircraft.