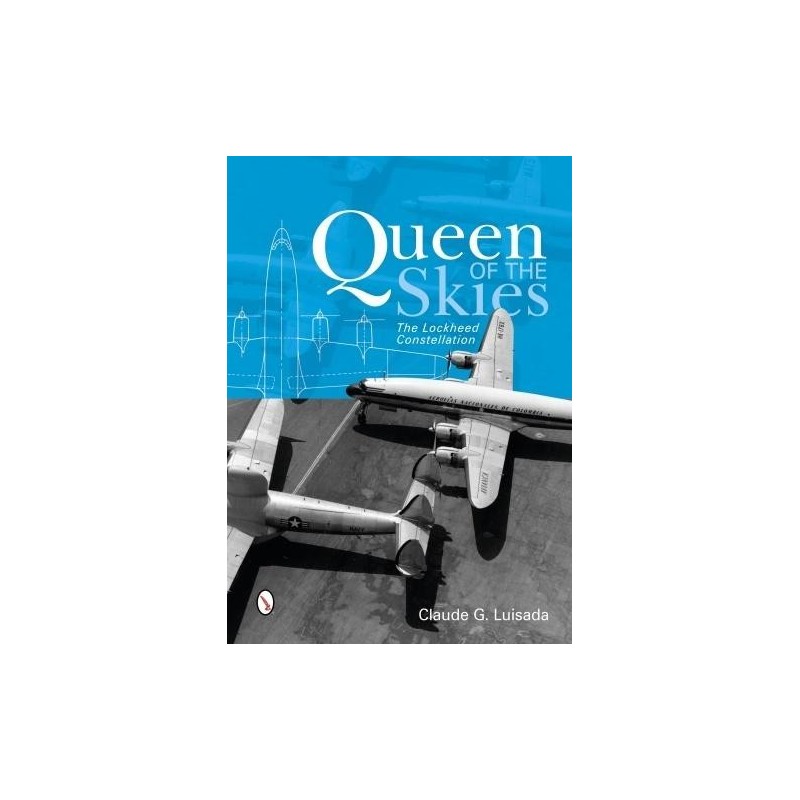 QUEEN OF THE SKIES. The Lockheed Constellation (Includes CD).

A revolutionary commercial propeller transport, the Lockheed Constellation burst on the aviation scene in the early 1940s. Unheralded for the most part, due to wartime secrecy, it finally entered commercial service in 1946, and promptly set new standards for speed, range, reliability, and passenger comfort. The Connie, as it was affectionately known, pioneered new flight paths in many parts of the globe. Connies ultimately flew commercially for more than thirty years, and underwent countless modifications and upgrades during that time. They continued to be utilized by the military as well: in fact, Connies were involved in a number of endeavors that remain shrouded in secrecy to this day. This, then, is the story of a remarkable and distinctive airplane. It is also the story of the people who made the Constellation great, including aviation legends like Howard Hughes and Clarence Kelly Johnson. Most importantly, however, it is a story that sheds light on the dynamics of technology, politics, and society in the years 1940 to 1980. This revised edition contains an additional chapter on Constellations that are still flying today, as well as an additional appendix of the Constellations operations manual.

This book contains dozens of b/w illustrations including photos from outside/inside, technical diagrams, as well as route maps.

An additional CD offers a PDF copy of the Super Constellation Pocket Handbook containing information on Lockheed Models 1049G and 1049H as applicable to commercial operation.

QUEEN OF THE SKIES. The Lockheed Constellation (Includes CD).