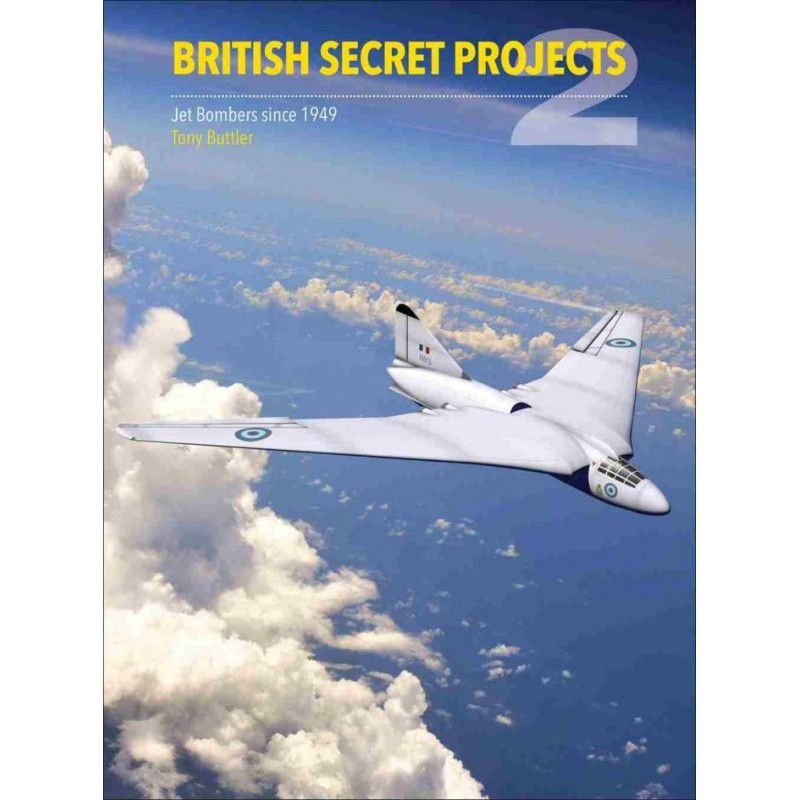 Like fighters, many bomber projects were drawn by British aircraft manufacturing companies in times of potential or actual combat. While names such as Canberra, Vulcan, Victor, TSR2, Harrier and Tornado are known to many as they made it into the skies, the fact that so many other projects from different companies remained on the drawing board provides a rich diversity of might-have-beens ripe for coverage.

As with British Secret Projects: Jet Fighters since 1950, the author has researched extensively with particular emphasis on the design and development work that took place within various tender design competitions.

Many little-known projects are included that help to illustrate the way British bomber development changed against a backdrop of political upheaval, shrinking defence expenditure and technological advancement including supersonic flight, nuclear weapons and VTOL). The story which starts with Britains quest for a jet-powered Mosquito replacement concludes with reference to the next leap forward: FOAS, an unarmed bomber flown by pilots on the ground.

Accompanied by detailed appendices of all British post-war bomber projects and specifications, colour photographs and artwork, British Secret Projects Bombers provides a wealth of detailed information for the historian and modeller alike.