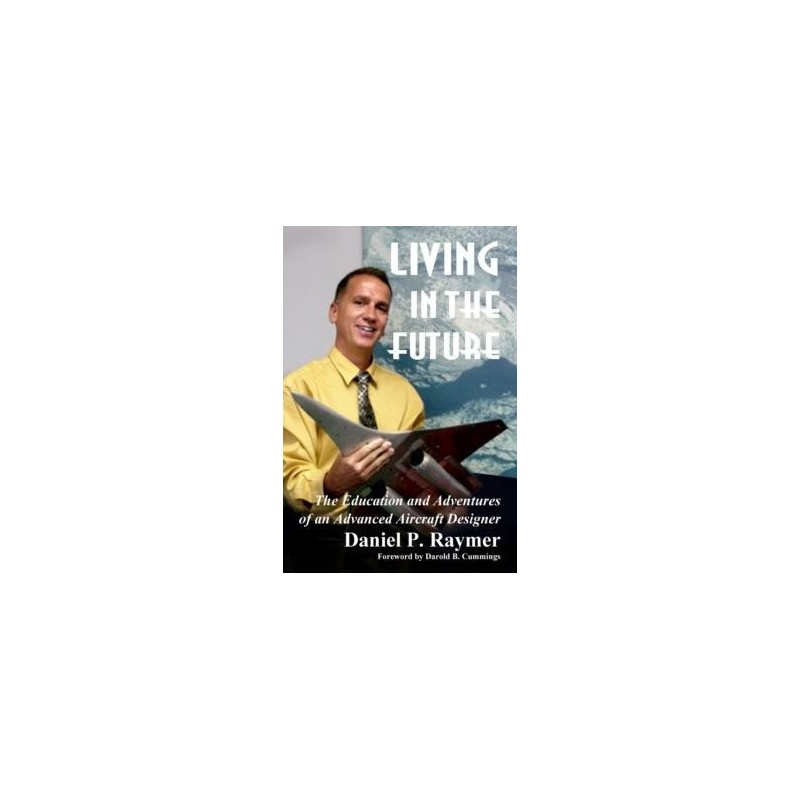 LIVING IN THE FUTURE. The Education and Adventures of an Advanced Aircraft .....

- Dan Raymer, noted aircraft designer and author of the industry standard textbook Aircraft Design: A Conceptual Approach, has written a non-technical book that will be treasured by everyone who loves airplanes, wonders how they get designed, and wants to know how somebody becomes an aircraft designer.

Half the book is Raymers warm and personal memoir of growing up in the 50s and 60s as the son of a Navy Test Pilot, discovering his own love of aviation, and entering the rarefied club of those who stare at a blank sheet of paper and turn it into a new aircraft or spacecraft design. The other half covers Raymers early involvement in the projects that became the B-2, F-22, T-45, F-35, and many more.

The book is an easy read, quick-paced, funny, and aimed at a general audience. Raymer includes his mistakes, disappointments, and downright stupid decisions. Its not all airplanes either read about Raymers aborted musical career, his misadventures in exotic destinations like Belarus, Turkey, and Bulgaria, how he got on the Internet early enough to grab www.aircraftdesign.com, and how he came to write his design textbook.

The book is in paperback and is due out this fall from Design Dimension Press (Los Angeles, CA).

LIVING IN THE FUTURE. The Education and Adventures of an Advanced Aircraft .....