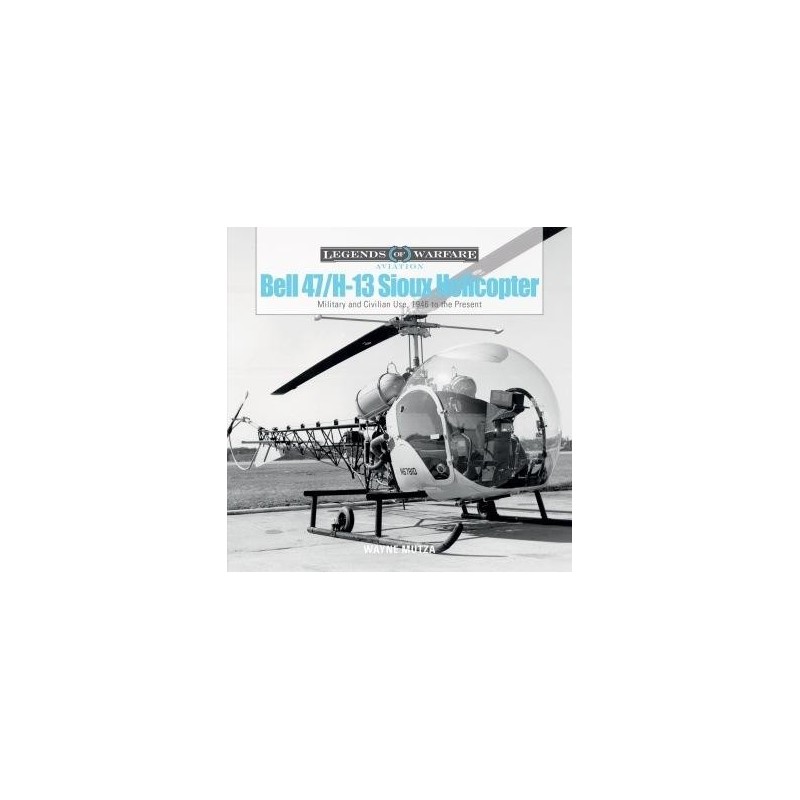 Famously pictured in the opening credits of the popular television series M.A.S.H., Bells Model 47 helicopter was the first helicopter certified for civilian use in March 1946 and went on to serve a wide variety of military and civilian applications. With its signature bubble canopy, the Model 47, and particularly its H-13 Sioux military variant, served in both Korea and Vietnam. It became a stalwart in civilian aviation with a variety of uses: agricultural aerial sprayer, aerial firefighting, police work, aerial oil exploration, medevac, news coverage, and mail service. More than 5,600 Model 47s were built, many under license in Japan, Italy, and the United Kingdom. The type retains its popularity in the civilian market to this day. Part of the Legends of Warfare series.