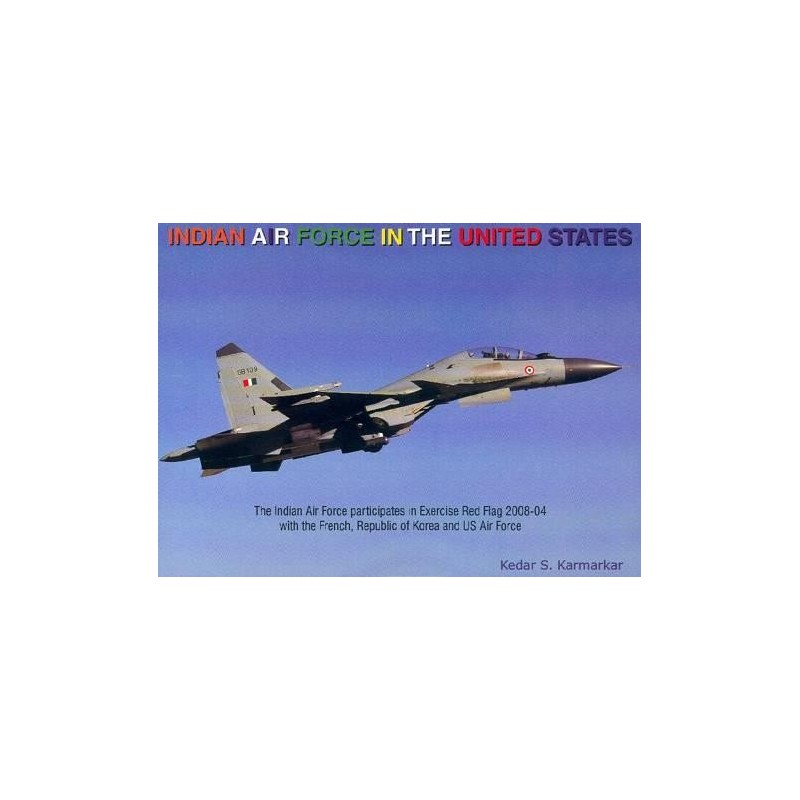 200+ photos of the IAF, and other participating Air Forces men and machines on deployment operations Photos of the day the IAF landed at Mountain Home AFB for initial workups Up, close and personal photos Rare aircraft - the only F-15E Strike Eagle owned by the 53rd TEG, Alaskan Aggressor aircraft with their unique black/grey/white Arctic Camo scheme.

Photos of spanking new F-15K Slam Eagle of the Republic of Korea Air Force Photos of Rafales of the French Air Force Unique photos of the Su-30MKI and ILs at dawn with the rising sun.

Group shots of the men behind the machines, and in action. Photos of different types of aircraft - from the heavies like the E-3C Sentry, KC-10 Extender, the KC-135 Stratotanker, and the IAF's Ilyushins 76 and 78 - to the fighters like, F-15C Eagle, F-15E Strike Eagle, F-16 Viper, Nellis based Aggressors, EA-6B Prowler, F-22 Raptor.

A must have book for anyone interested to look at the modern Indian Air Force.