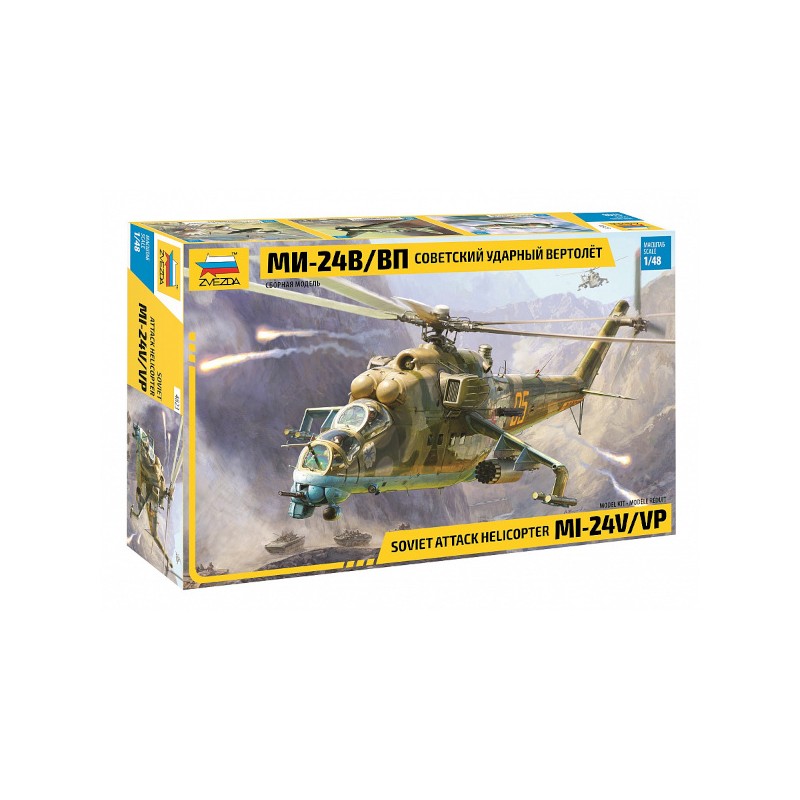 The Mi-24 (NATO code “Hind”) combat helicopter was developed by the Experimental Design Bureau of M.L. Mil in the late 1960s. The MIL-24V as introduced into service in the Soviet Army in 1976 and became the most widespread modification of this helicopter with more than thousand built. The first combat test for Mi-24V was in Afghanistan, where it proved to be a reliable, well-protected machine, effective against enemy troops. In addition to a variety of bombs and missiles carried on six hardpoints, the Mi-24V is equipped with a heavy 12,7mm four barrel YAK-B type machine gun on a rotary turret, mounted under the front cockpit accommodating the gunner / operator. Our kit allows you to built alternatively the MIL Mi-24VP version, armed with the 23mm GSH-23L twin barreled cannon. Both versions of Mi-24 took part in many conflicts and are still in use in Russia and many countries worldwide.