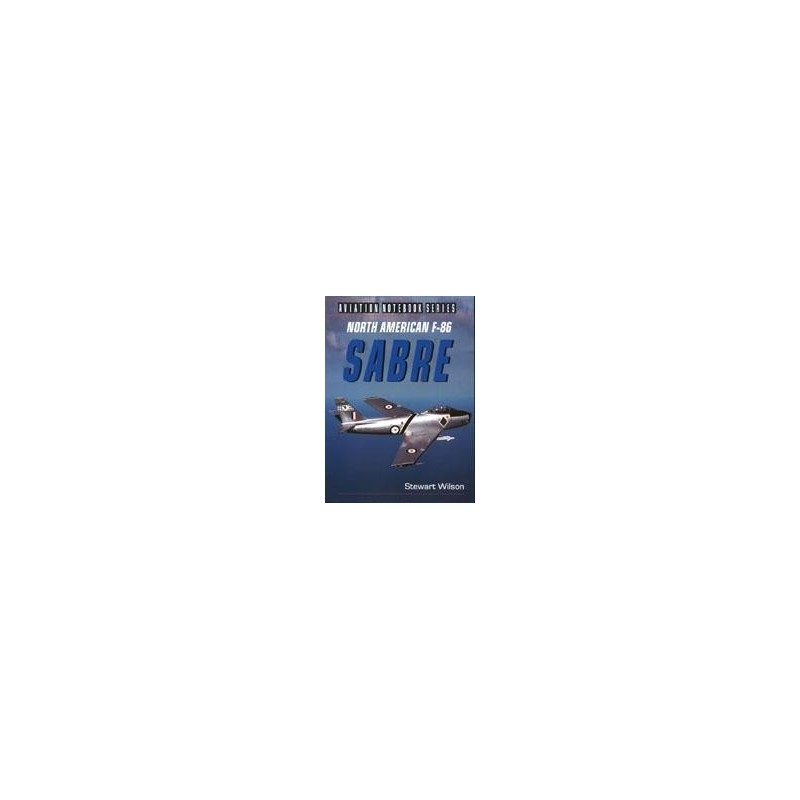 The Aviation Notebook Series is intended to provide a compact yet, detailed reference source on the civil and military aircraft which have helped shape the history of aviation.The series highlights development of the aircraft, a model-by-model guide to its variants [including upgrades and conversions], technical and performance data, serial numbers, operators and more.Colour photographs [where available], new colour profiles and line drawings support the text.

This Aviation Notebook covers the development of the Sabre and all its many variants including those built in Australia and Canada plus the FJ Fury naval versions.

Regarded by many as the greatest fighter of the 1950s, the Sabre was far in advance of the jet fighters which preceded it and was an outstanding commercial success with nearly 9,000 built in five countries in nine major variants. Add to that the more than 1,100 Fury naval fighter variants which were produced and the result is a classic of its time.