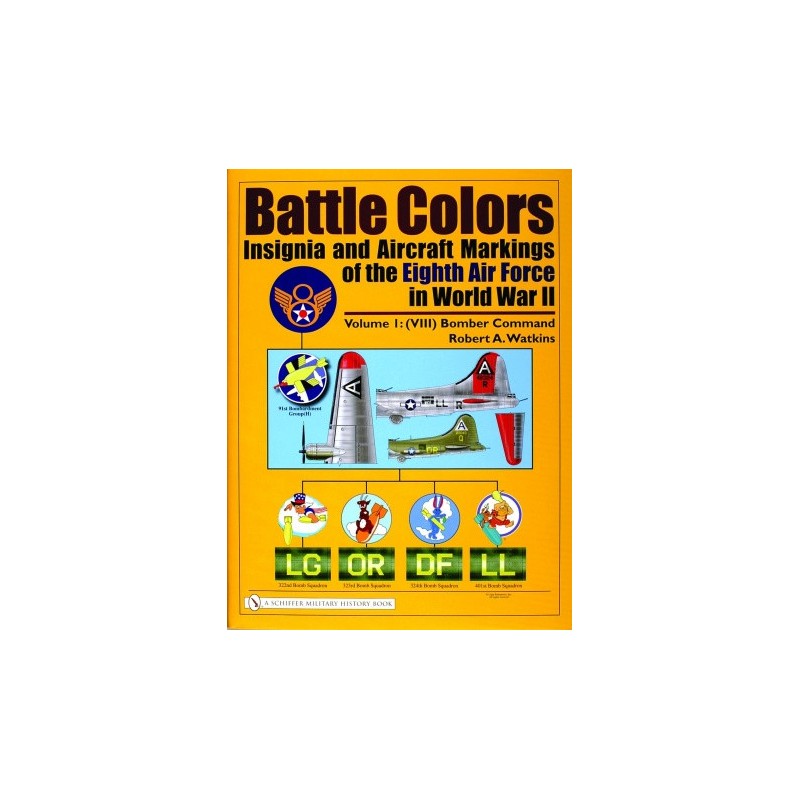 Relying heavily upon visuals, Battle Colors fills a long standing void in the annals of the Eighth Air Force during World War II. This volume focuses on all forty-eight Bomb Groups comprising the Eighth and features color illustrations depicting the evolution of all fuselage, wing and tail markings assigned to the individual units. Details concerning the proper size, placement, color and configuration of all tactical markings of U.S. Bomber Command are addressed. Group and squadron combat insignia as well as airfield location maps for each unit are also depicted. All bombardment units incorporated within the Eighth are indexed and easily cross-referenced by squadron, group, wing and division assignments. Additionally, all major components comprising the Eighth have been organized into quick reference organizational flow charts that show the actual order-of-battle for the "Mighty Eighth". This book is an invaluable tool for anyone with an interest in the history of the U.S. Eighth Air Force in World War II.