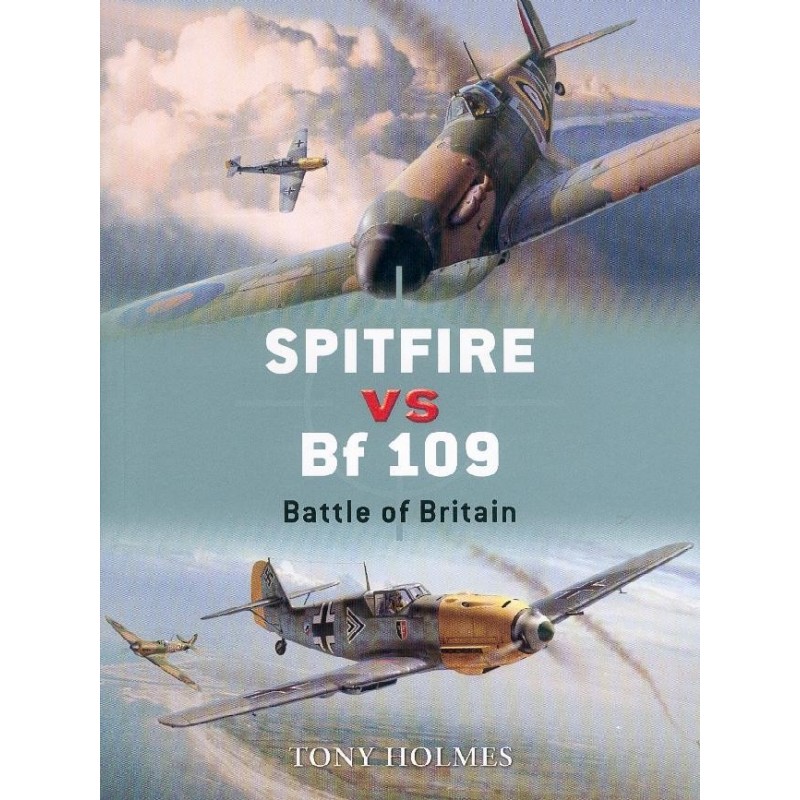 SPITFIRE vs Bf 109. Battle of Britain.

- Churchill's words, 'never was so much owed by so many to so few', came to encapsulate how, in a few critical months, the entire fate of the British Empire, if not the war, hung in the balance, to be determined by a handful of pilots fighting tirelessly in the skies over Britain. Tony Holmes describes the Battle of Britain, the clash between the Spitfire I/II and the Bf 109E - detailing not only the key elements of both aircraft types - the airframe, engine, armament and flying characteristics, but also the pilots' training and tactics accompanied by diagrams of actual flight formations. The growing influence of radar and the efforts of British air defences are also examined, as are real-life engagements - from both German and British perspectives. With a wealth of first-hand accounts from the veterans who strapped themselves into these legendary machines as well as illustrations and cockpit-view artwork, this book puts the reader in the midst of a dogfight, providing a unique insight into one of the greatest duels of history in the world's first major aerial battle.

SPITFIRE vs Bf 109. Battle of Britain.