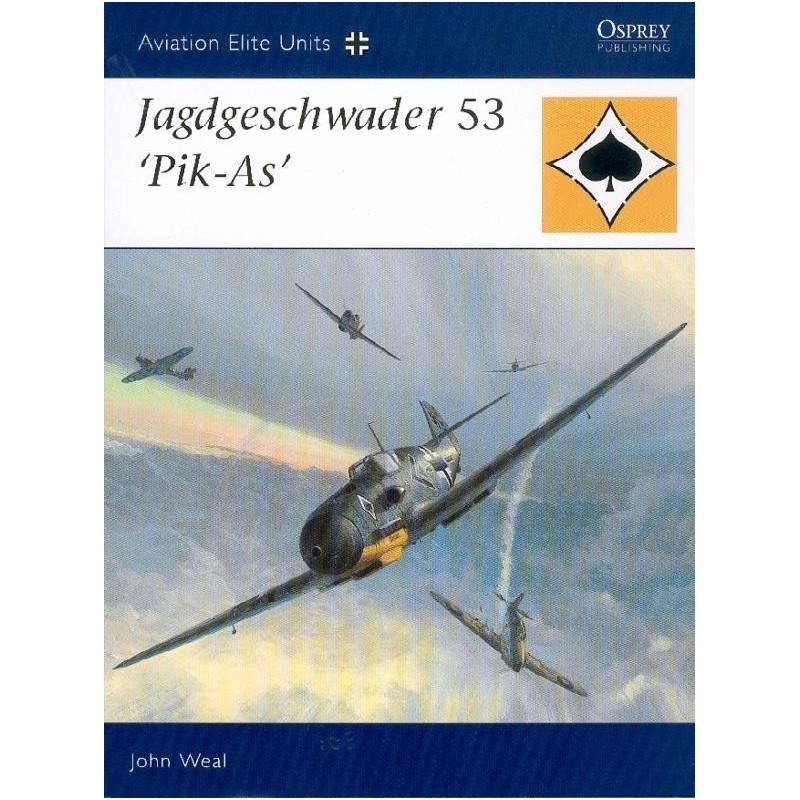 - Arguably the archetypal Luftwaffe fighter unit of World War 2, JG 53 aircraft were encountered on almost every fighting front from the first day of hostilities until the last. During almost six years of near-constant campaigning, JG 53 took a steady toll of Allied aircraft in every theatre it fought over. The variety of camouflage finishes worn by its machines -winter white, desert dapple and Reich's defence black - and the progression of variants are reflected in an eye-opening colour section. John Weal has spent several years researching in German archives and this, together with his personal contact with several veterans, results in an authoritative and human account of JG 53's long and eventful war.

The Phoney War and France

The Battle of Britain and After

Barbarossa the Invasion of Russia

To the Mediterranean Malta and El Alamein

Out of Africa Tunisia, Sicily and Itlay

Round Two in Russia

Defence of the Reich

The End in East and West