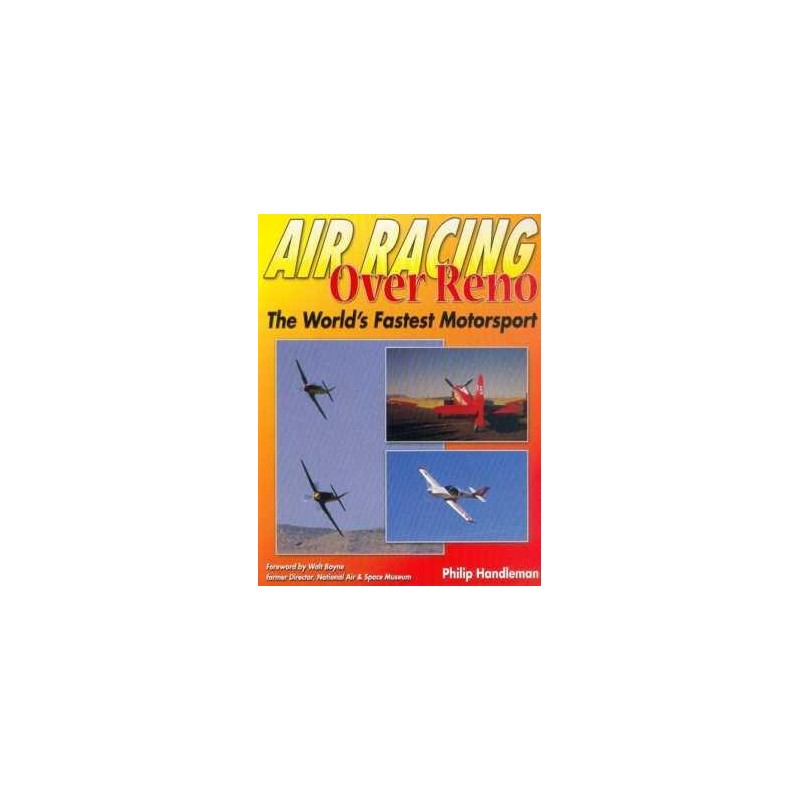 - The National Championship Air Races were revived at Reno, Nevada, in 1964 after a 14-year hiatus. Here, racing teams push the envelope of aerodynamic improvements and modify their 2,000- and 3,000-horsepower engines in an attempt to wring out every ounce of speed to carry them to the winners circle. In the Unlimited class, many racers are extracting more than double the manufacturers recommended horsepower to turn speeds in the 480- to 490-mph range. Today, racers in six classes (Formula 1, Biplane, Sport, T-6, Jets, and Unlimiteds) compete for top honors.

For the first time, this volume presents the races as seen by those who experienced it. All six racing classes are shown in detail and richly illustrated with scenes from the competition in Nevadas high desert. Handleman shows the races from an angle that only someone with behind-the-scenes access can deliver. He showcases everything from aircraft turning the pylons at nearly 500-mph speeds, to racers in the pits being fine-tuned for the next race, to the heartbreak when a $100,000 Rolls-Royce 12-cylinder engine is pushed beyond its limits ending a teams chance for the Gold race trophy and prize money. Also shown are the cockpits, nose art, and static display aircraft of the Reno Air Races.