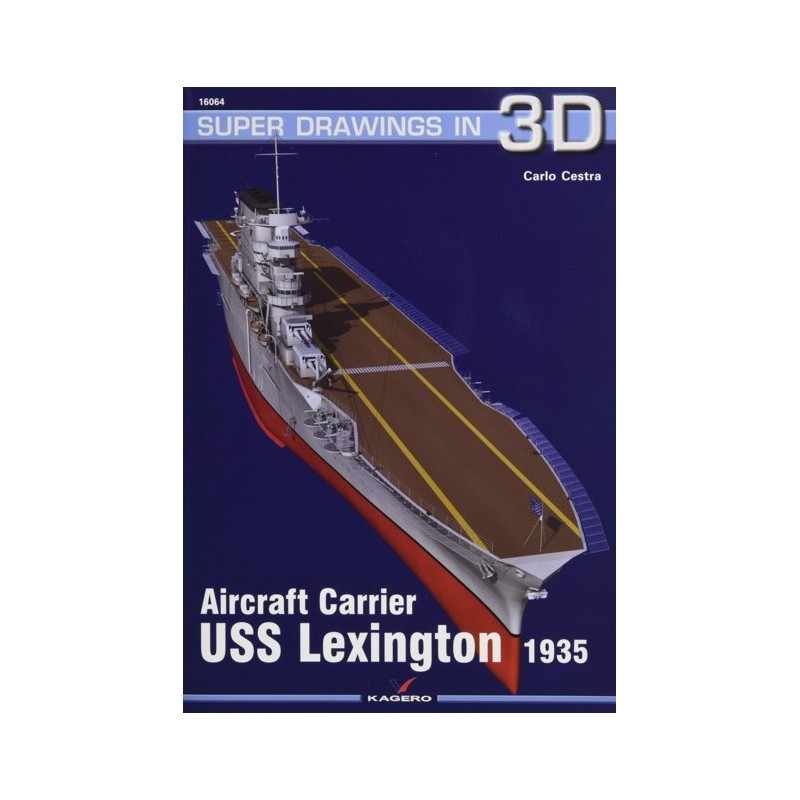 The USS Lexington (CV-2) was the second aircraft carrier of Lexington class built by the United States, but the first used operationally; in fact the first was the USS Langley, but as an aircraft carrier she served only as an experimental ship. The history of the USS Lexington was troubled: in fact it was designed in 1916 to be an atypical battle cruiser, as little armored, but with heavy cannons. Because of the Washington Treaty of 1922 about the reduction of naval armaments, she was reclassified and converted into an aircraft carrier, capable of carrying a flight of 85 aircraft.