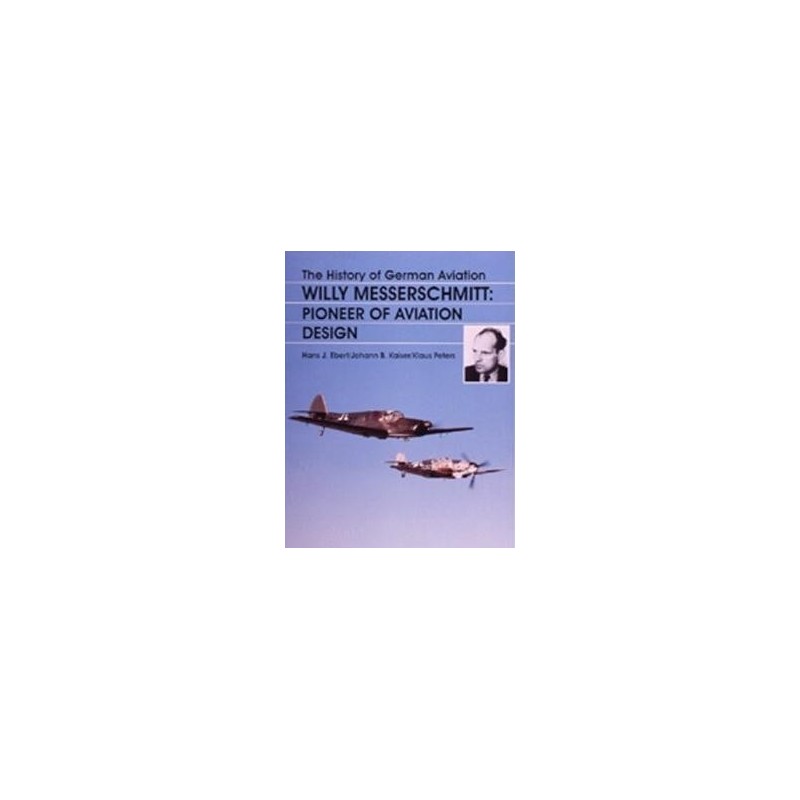 Willy Messerschmitt (1898-1978) was indisputably one of the most significant of Germany's aeronautical design engineers. This book examines Messerschmitt's life as a designer, aircraft builder, and businessman: it begins with the Harth-Messerschmitt gliders (1913-1923), winds its way through the sportplanes of the 1920s and 1930s, the M 18 and M 20 passenger airliners, the Bf 108 Taifun commuter plane, the Bf/Me 109, 110, 210, 410 military aircraft, and continues on to the Me 261, 264, 321, and 323 behemoths, as well as the Me 262 jet powered combat plane and swing-wing P.1101. The activities of the Messerschmitt AG after World War II, with the forced interruption of German aircraft production and Professor Messerschmitt's foreign developments in Spain and Egypt, are also given a thorough treatment.