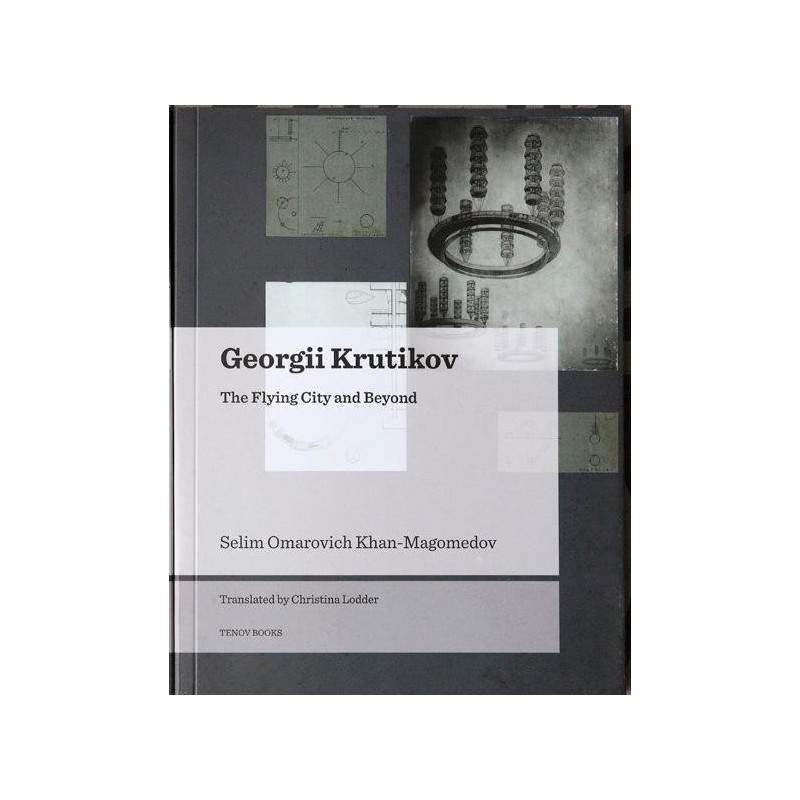 GUEORGUI KRUTIKOV. The Flying City and Beyond.

Georgii Krutikov epitomised the utopian ideal of the Russian Avant-garde. In 1928, while still a student at the Moscow Vkhutemas, the budding architect presented his visionary solution to the seemingly impending problem of unsustainable population growth: a flying city.

Encapsulating the spirit of the times, Krutikov's soaring city caused a sensation, daring to re-imagine and re-make the world as an exercise in possibility: rationalized through data, realized in sketches and plans.

Architectural historians and devotees of Russian modernism have cited the influence of Krutikov?s Flying City. Yet, for decades, little was written about this remarkable project, its precocious author or his subsequent career.

Calling down Krutikov's city from the clouds, eminent scholar S. O. Khan-Magomedov separates myth from fact to uncover a wealth of previously unseen visual and documentary material, affording insight into this truly revolutionary work, its fascinating creator and a varied later career that spanned influential membership of Nikolai Ladovskiis rationalist Association of Urban Architects (ARU), his contributions to urban planning, his post-constructivist designs for the Moscow Metro and his passion for preserving Russia's architectural heritage.

GUEORGUI KRUTIKOV. The Flying City and Beyond.