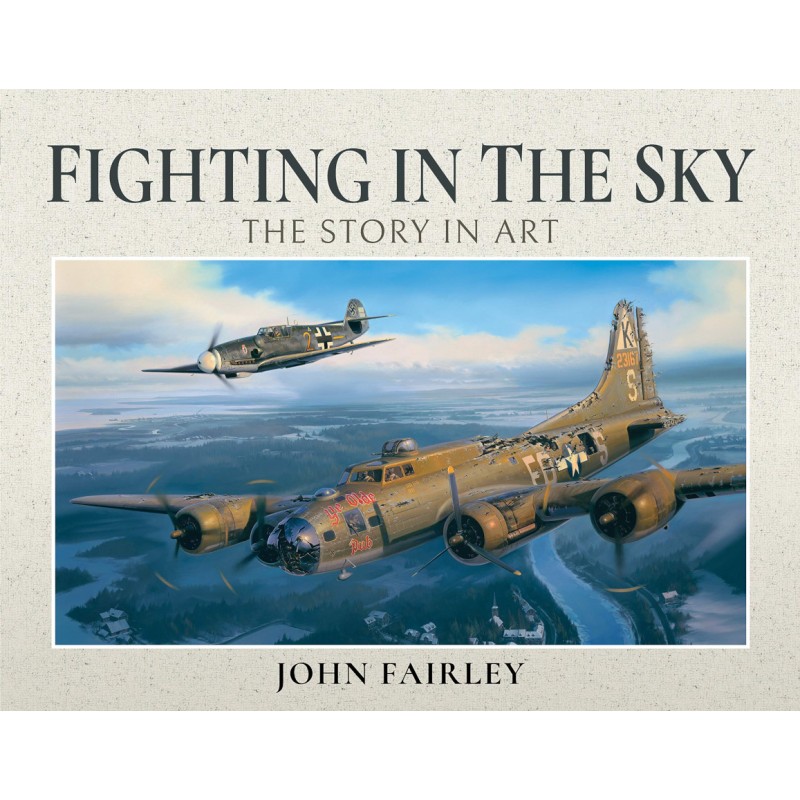 FIGHTING IN THE SKY. The Story in Art.

Barely a decade passed from the Wright Brothers’ first powered flight to aircraft becoming lethal instruments of war. The Royal Flying Corps and Royal Naval Air Service took off in the very early days of The Great War and captured the public’s imagination and admiration.Sydney and Richard Carline happened to be both pilots and artists as was Frenchman Henri Farre. Their works inspired celebrated painters like Sir John Lavery who took to the skies in an airship in the First World War. Feeding on the demand for works depicting this new dimension of warfighting, a new genre of art was born which has remained popular ever since.During the Second World War, the paintings of Paul Nash stood out as did Eric Ravilious who, ironically, died in an air crash. War artist Albert Richards dropped with British paratroopers on D-Day. Post-war, paintings by leading British and international artists graphically illustrate conflicts such as the Falklands, Bosnia and the Gulf War.John Fairley has brought together a dazzling collection of art works covering over 100 years of air warfare, enhanced by lively and informative text. The result is a book that is visually and historically satisfying.

FIGHTING IN THE SKY. The Story in Art.