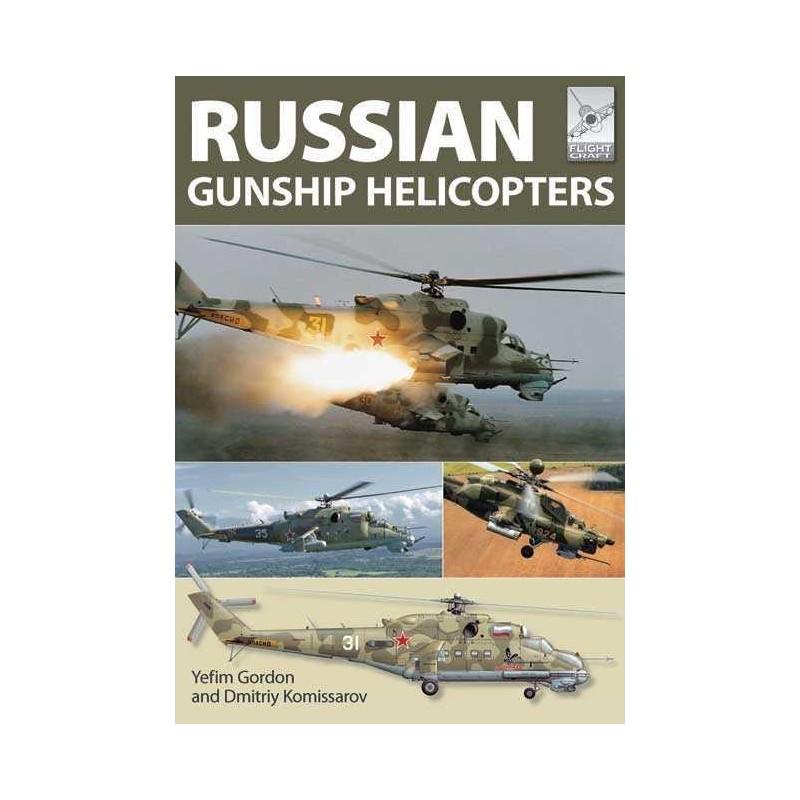 - Summary of design histories and careers

- Over 180 colour and black and white illustrations, including 20 full colour side-views and a range of various 3-view line-drawings.

With profiles of a host of exciting designs, accompanied by a descriptive narrative history of the various types, this volume combines practical information with reflective historical analysis, making for a visually rich volume providing modellers with all they need to know about the most exciting Russian Gunship helicopter designs and associated model kits.

This edition deals primarily with the three principal attack helicopter types of the present-day Russian Army:

The Mil MI-24 'Hind' otherwise known as 'the Flying Crocodile' has been produced in large numbers with many versions and variants produced. It has been supplied to a host of countries and seen considerable combat action in conflicts both in the Soviet Union and abroad. It still forms the backbone of army aviation in Russia and remains at the forefront of national exposure.

The Mil-28 is a more contemporary type and is broadly the equivalent of the McDonnell Douglas AH-64 Apache.

The Kamov Ka-52 'Alligator' NATO name 'Hokum-B' also features. This helicopter is in service with the Army and is entering service also with the Russian Navy.

Well-illustrated histories and structural analyses are supplemented with detailed descriptions of the various plastic scale model kits which have been released, along with commentary concerning their accuracy and available modifications and decals. This level of detail and insight is sure to prove invaluable to a wide community of model-makers, both at home and overseas.