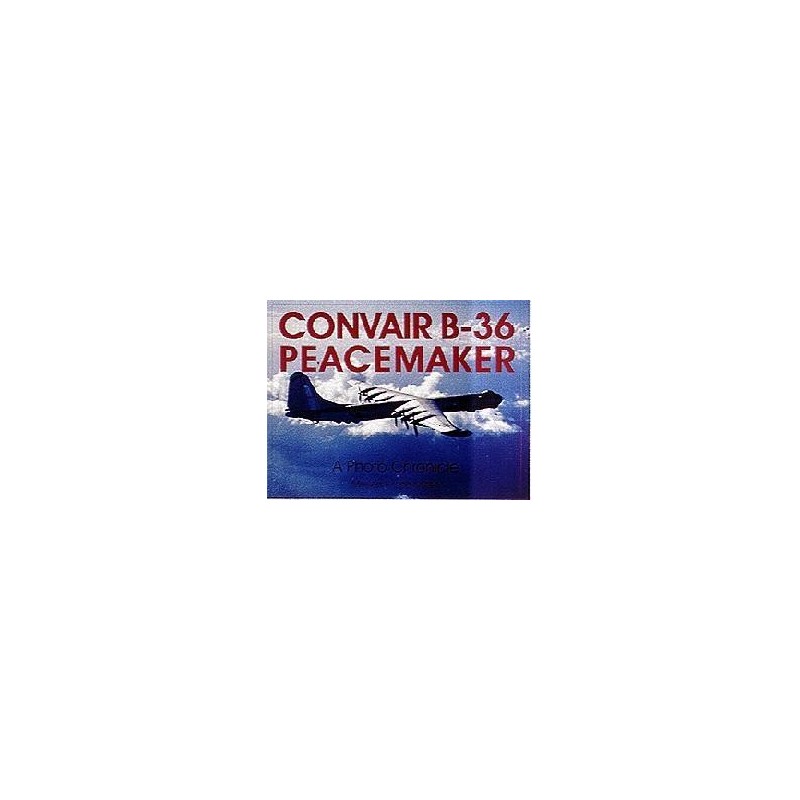 Convair B-36 Peacemaker, a Photo Chronicle explores the history of the Srategic Air Command's biggest bomber that helped keep the peace during the early years of the Cold War. The six-engined B-36 -later ten engine- was the first base unrefueled - long a dream of aire planners. Presented here through the ues of historical photographs is the history of this magnificent airplane, from its origin just prior to America's entry into World War II in 1941, to its final days in 1959 when its last missions were flown. This book will give the reader a concise overview of the story of the Peacemaker in the 1940s- 1950s. A serial number listing is included, as well as a list of all ten B-36 bomb wings.