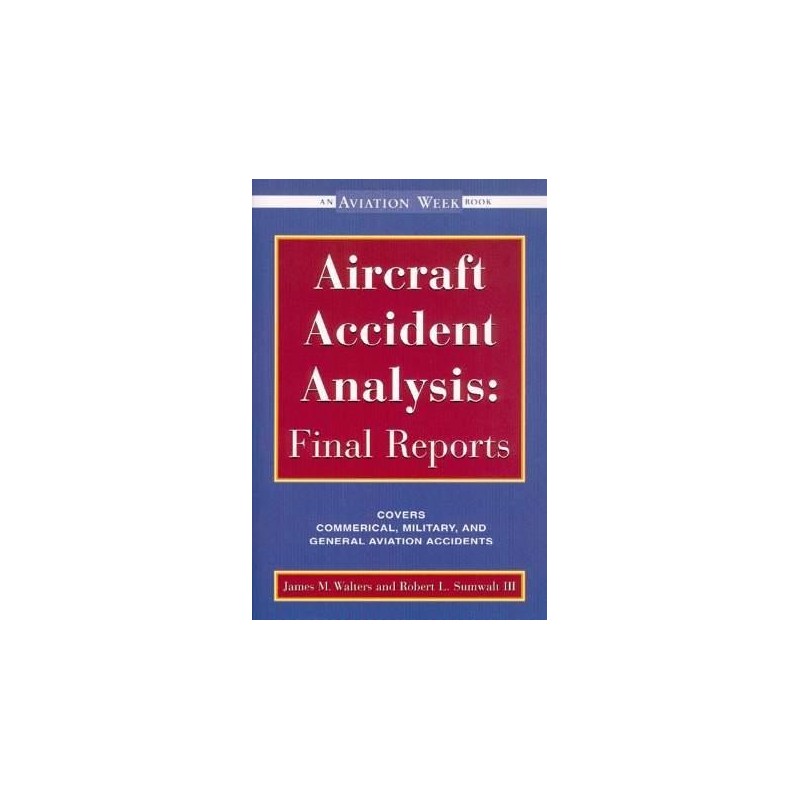 - Fascinating and factual accounts of the world?s most recent and compelling crashes Industry insiders James Walters and Robert Sumwalt, trained aviation accident investigators and commercial airline pilots, offer expert analyses of notable and recent aircraft accidents in this eye-opening, lesson-filled case file. Culled from final reports issued by military and foreign government investigations, as well as additional research and resources, Aircraft Accident Analysis tells the final and full tales of doomed flights that stopped the world cold in their wake.

The longest investigation in U.S. history: US Air flight 427.

Carnage in the Everglades: The flight of Valujet 592.

A Pilot's nightmare: The inflight fire of FedEx 1406.

Waiting for rescue: an agonizing night for KAL 801.

Along for the ride: The final descent of ASA 529.

Dangerous misconceptions: The legacy of Comair 3272.

Have Blue: An airshow to remember.