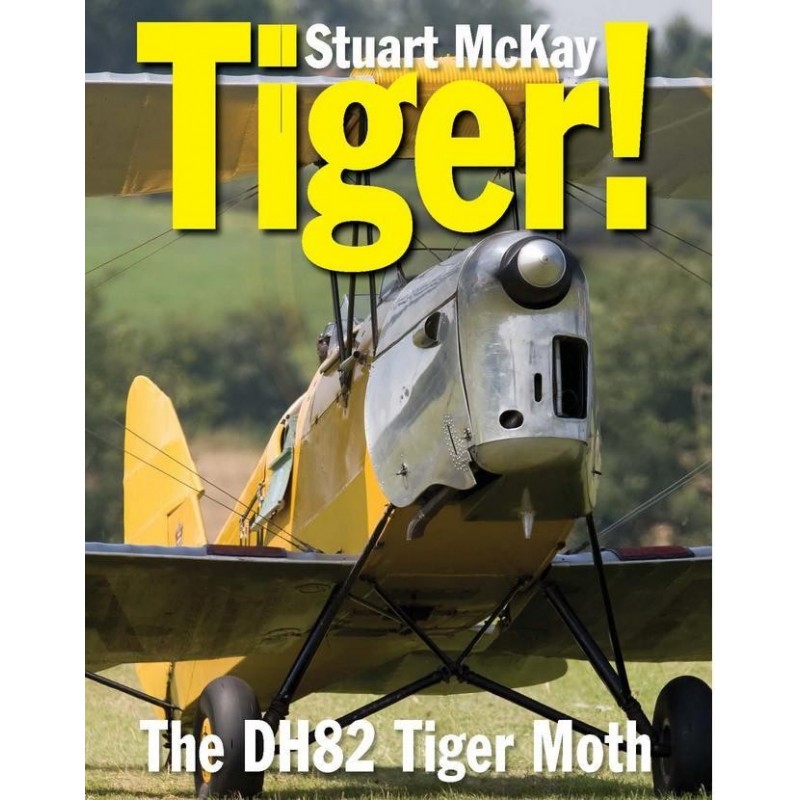 Alongside the Spitfire and Lancaster, the DH82 Tiger Moth biplane is one of the few aircraft that even the non-enthusiast can identify at first glance. This recognition comes in part from the Tiger's amazing longevity - first flown in 1931, the Tiger Moth was still active in military service in the 1960s, when Royal Navy Tigers were flying on and off aircraft carriers. Easy to fly, but difficult to fly well, from the first the Tiger was a trainer but it has also been used as glider tug, crop sprayer, film 'stunt' plane and wing walker platform. In 1940 Tiger Moths were even fitted with anti-personnel bombs and the Tiger also flew on floats and from catapult launchers. With over 8000 built, the Tiger saw service with almost every British and Commonwealth air force, as well as being exported to air forces in South America, the Middle East and the Pacific. The Tiger also saw service in civilian flying clubs around the world and even today, at least 250 Tiger Moths remain airworthy.