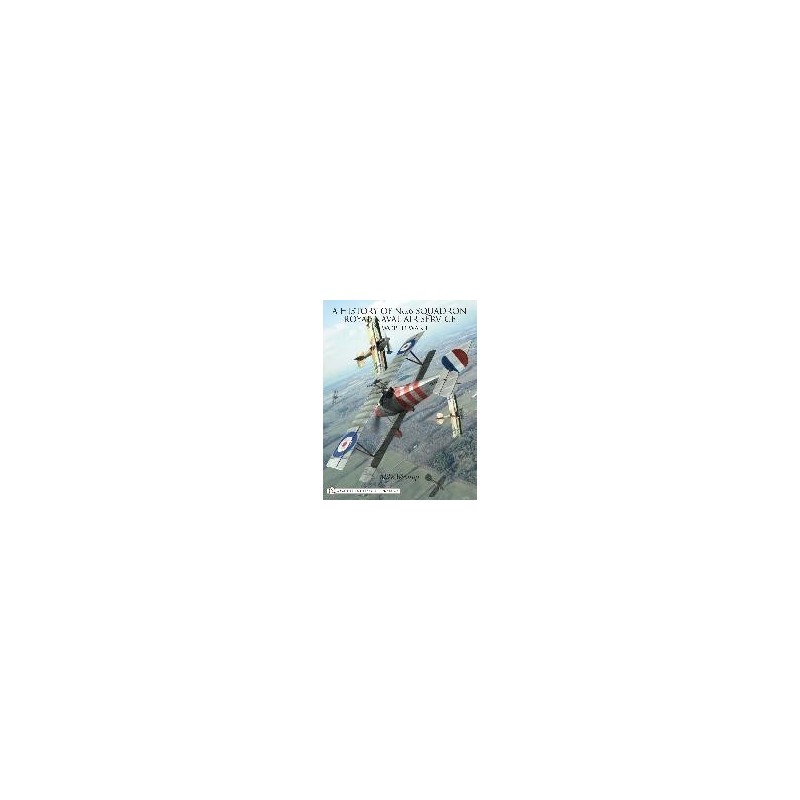 A HISTORY OF No.6 SQUADRON ROYAL NAVAL AIR SERVICE IN WORLD WAR I.

Despite No.6 Squadron RNAS being the first British fighter squadron to deploy a production twin gun scout on the Western Front (beating the Royal Flying Corps elite 56 Squadron by a couple of weeks) and the first squadron to take the notoriously unreliable Siddeley Puma powered D.H.9 into battle, almost nothing has been published about the activities of this important Royal Naval Air Service squadron. The lack of published information can perhaps be explained by the fact that a large block of the squadrons daily reports are inexplicably missing from their box in Britains National Archives. After much effort and time, Mike Westrop discovered the missing documents in a Royal Flying Corps War Diary. This pilots log books, and many previously unpublished photographs has enabled the author to produce the first in-depth look at the activities and accomplishments of this forgotten squadron. The Royal Naval Air Service had a reputation for fielding the most colorful Allied machines in France and Belgium, and the reputation was upheld by the Nieuport scouts of No.6 Squadron. A collection of superb new colour profiles from Mark Miller depicts the squadrons Nieuport 17Bis scouts to perfection.

A HISTORY OF No.6 SQUADRON ROYAL NAVAL AIR SERVICE IN WORLD WAR I.