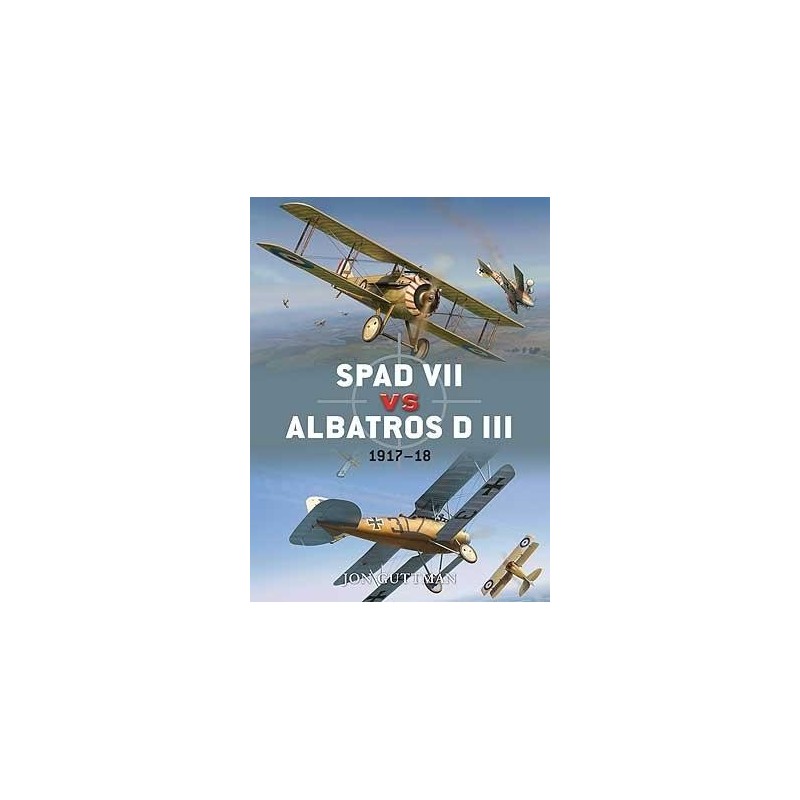 When originally conceived, the French SPAD VII and German Albatros D II represented steps away from an emphasis on manoeuvre in aerial combat in favour of speed and durability. At the end of 1916, however, Albatros tried to have the best of both worlds.

The result combined the better downward view and manoeuvrability of the Nieuport with the power and twin machine guns of the Albatros D II. At the same time, the French worked to improve the SPAD VII with more power and a more reliable cooling system before moving on to the twin-gunned SPAD XIII. While all that was going on, the Albatros D III became a mainstay of the German and Austro-Hungarian air services in frequent encounters with SPAD VIIs flown by French, Belgian, British, Italian and American airmen.