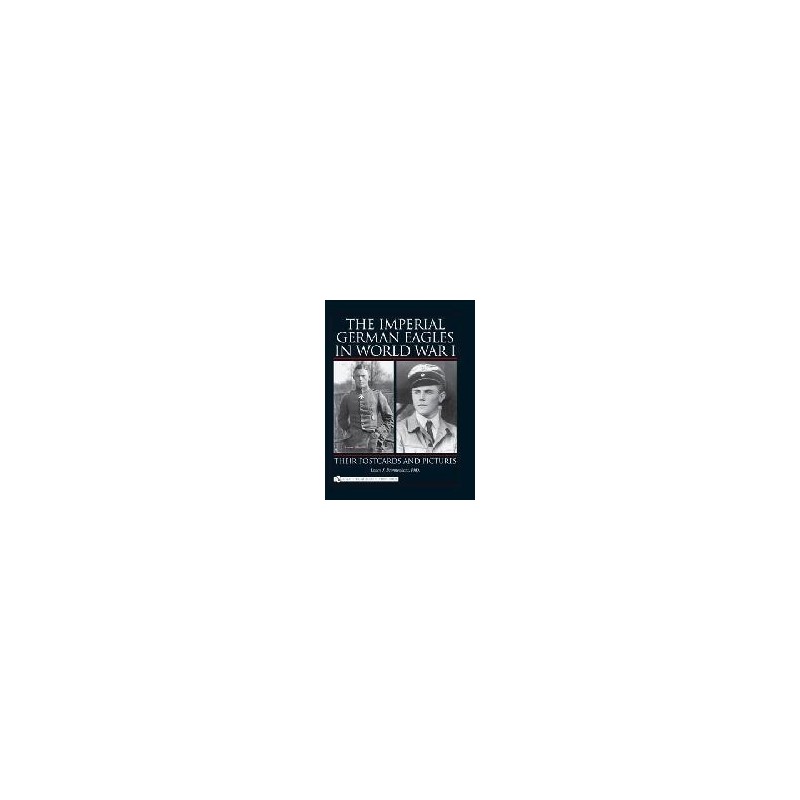 THE IMPERIAL GERMAN EAGLES IN WORLD WAR I. Their Postcards and Pictures.

Sanke, Liersch and NPG postcards featuring German World War I aviators have been collected, traded, and reproduced in many publications over the years, but no author until now has focused on determining when, where, why, and by whom these pictures were taken, or when and why they were issued as postcards. This work pursues the answers to those questions, and unfolds like a detective story that relates the investigation and assembly of evidence from a wide variety of sources, including personal communications from the pilots and their families, period newspapers, and other contemporaneous wartime publications. At its heart is its vast collection of supportive photographs, including original images behind the postcards that have never been viewed by the modern public. This pioneering book demonstrates the untapped potential that photographic artifacts from World War I still offer.

THE IMPERIAL GERMAN EAGLES IN WORLD WAR I. Their Postcards and Pictures.