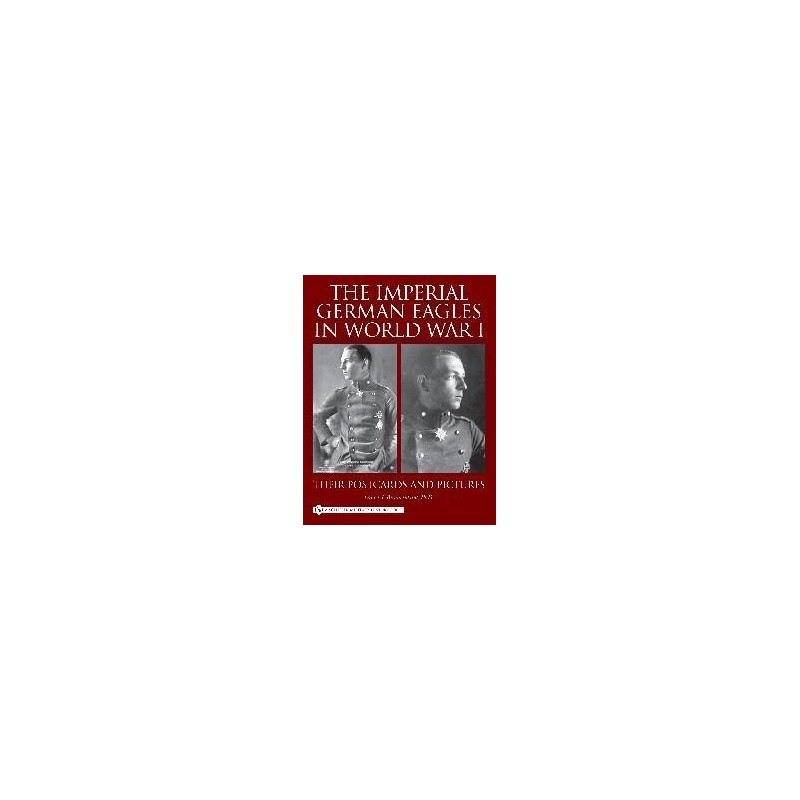 THE IMPERIAL GERMAN EAGLES IN WORLD WAR I. Vol.2: Their Postcards and Pictures.

This book, the second in a planned three-part series, looks at the remainder of Sanke's aviator cards numbered 544-685. Sanke, Liersch and NPG postcards featuring German World War I aviators have been collected, traded, and reproduced in many publications over the years, but no author until now has focused on determining when, where, why, and by whom these pictures were taken, or when and why they were issued as postcards. This work pursues the answers to those questions, and while doing so unfolds like a detective story. At its heart is the vast collection of supportive photographs, including some of the original images behind the postcards - many have rarely, if ever, been viewed by the modern public.

THE IMPERIAL GERMAN EAGLES IN WORLD WAR I. Vol.2: Their Postcards and Pictures.