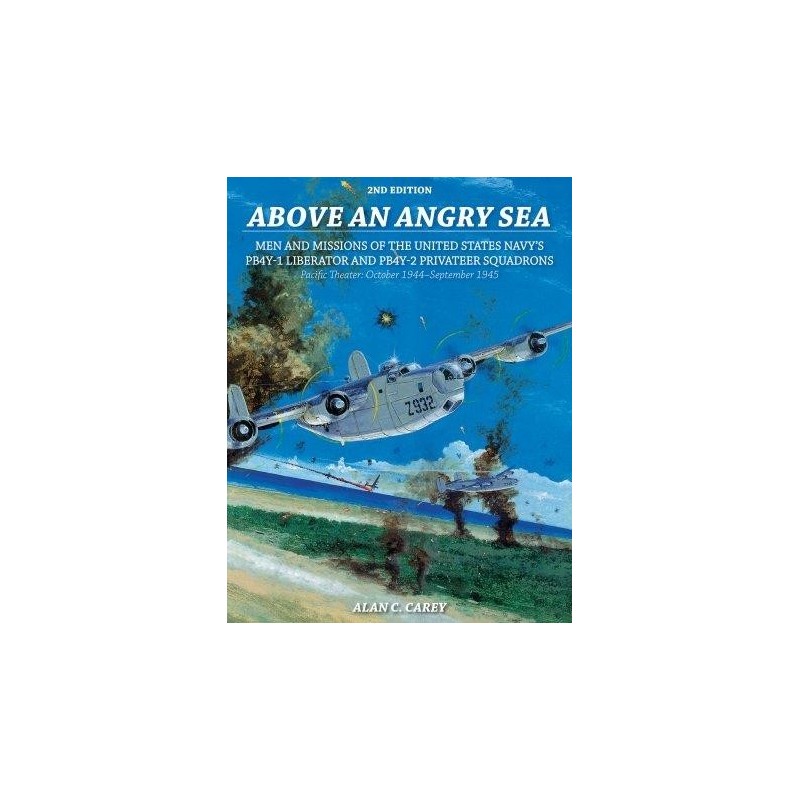 ABOVE AN ANGRY SEA. (2nd Ed.) Men and Missions of the United States Navy's PB4Y

This is a revised and expanded second edition that examines United States Navy patrol and bombing squadrons equipped with the Consolidated B-24 Liberator (PB4Y-1) and its successor, the Consolidated-Vultee PB4Y-2 Privateer. The authors previous book, We Flew Alone, discussed the Navys use of the B-24 Liberator from February 1943 to September 1944. He now examines in dramatic detail the use of the B-24 and PB4Y-2 during the last eleven months of the war against Japan. The author has collected personal stories, over 300 images, a tabulation of all aerial kills credited to PB4Y patrol plane commanders, a roster of all personnel killed in action or in the line of duty, individual squadron records, and a list of all known B-24 Liberators and PB4Y-2 Privateers assigned to the Pacific between 1943 and 1945.

ABOVE AN ANGRY SEA. (2nd Ed.) Men and Missions of the United States Navy's PB4Y