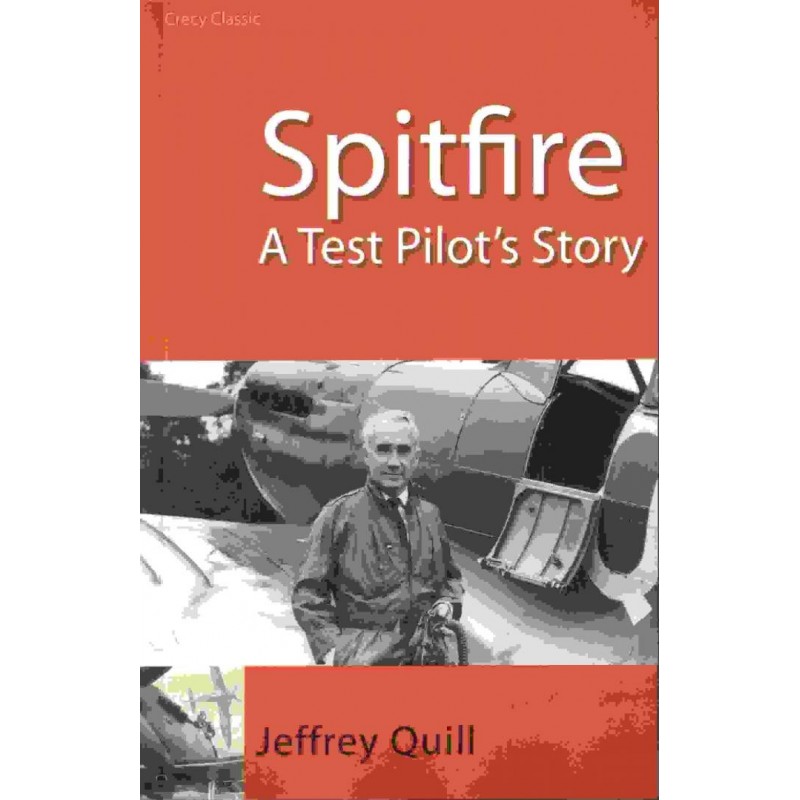 This is the story of an exceptional test pilot and RAF and Fleet Air Arm pilot, Jeffrey Quill, who took charge of some of the most important military aircraft of his time.

Starting with lively descriptions of the Royal Air Force in the mid 1930s, Jeffrey Quill moves on to cover his fascinating test flying experiences where he took charge of some of the most important military aircraft of that time. In particular, he flight-tested every variant of the immortal Spitfire, from its experimental, prototype stage in 1936 when he worked with its chief designer, R J Mitchell, to the end of its production in 1948. Using his first-hand experience of combat conditions fighting with 65 Squadron at the height of the Battle of Britain, Jeffrey Quill helped to turn this elegant flying machine into a deadly fighter aeroplane.

Born in Sussex, Jeffrey Quill, OBE AFC FRAeS, was commissioned in the RAF in 1931. He joined Vickers Aviation in 1936, and rose to become Chief Test Pilot at Supermarine. Best Remembered for his work on the Spitfire, with which his name is inextricably linked, Jeffrey Quill played a major part in the testing of the prototype and the entire development of the aircraft. He died in 1996.