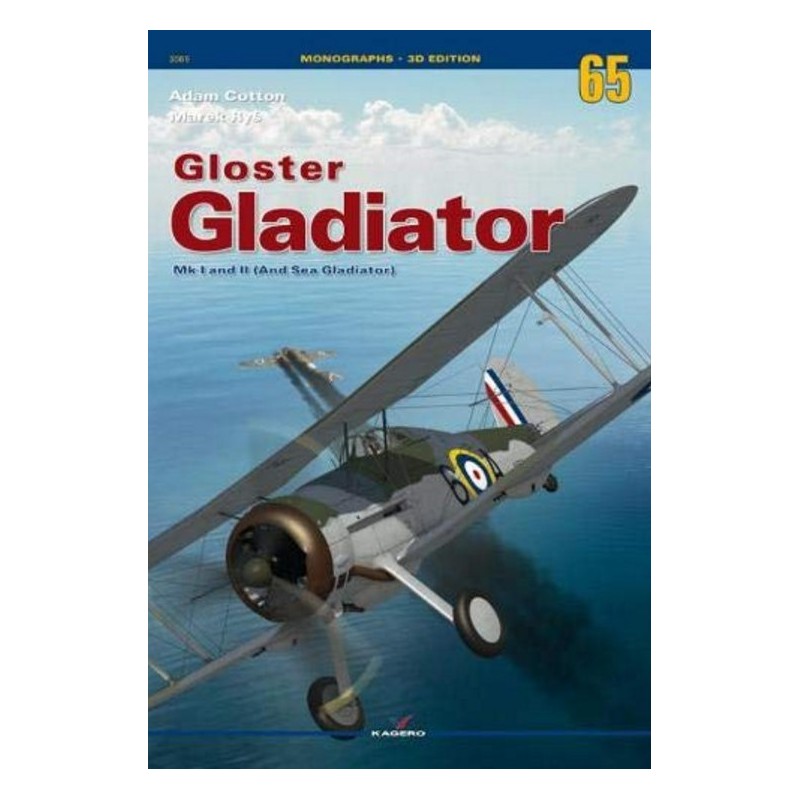 GLOSTER GLADIATOR Mk I and II (and Sea Gladiator).

The Gloster Gladiator was the very last biplane fighter to enter service with the RAF. Yet, despite being one of the fastest biplanes ever built, it was already obsolete upon its introduction to service in January 1937. Nonetheless, in the first eighteen months of WW2, it garnered many combat plaudits in the skies over the frozen Arctic, the sun-kissed Mediterranean, and the arid deserts of Africa. In Britain, it provided crucial defense of the RN Fleet anchored at Scapa Flow, and was among the first aircraft sent to France to aid the BEF. Adopted early-on by the FAA and renamed Sea Gladiator, for a time this navalized version represented the nearest thing the service had to a modern fighter as it struggled toward parity with its Axis opponents.This book tells the complete story. The text covers not only the type's remarkable operational history, but also that of Gloster's journey to its production. Also examined are the Gladiator's design and construction, and its subsequent technical development. Second-line duties and service with foreign air forces are also briefly covered. Supporting lavish artwork and 3-D exploded views vividly bring the aircraft to life, making it an ideal reference work for the modeler

GLOSTER GLADIATOR Mk I and II (and Sea Gladiator).