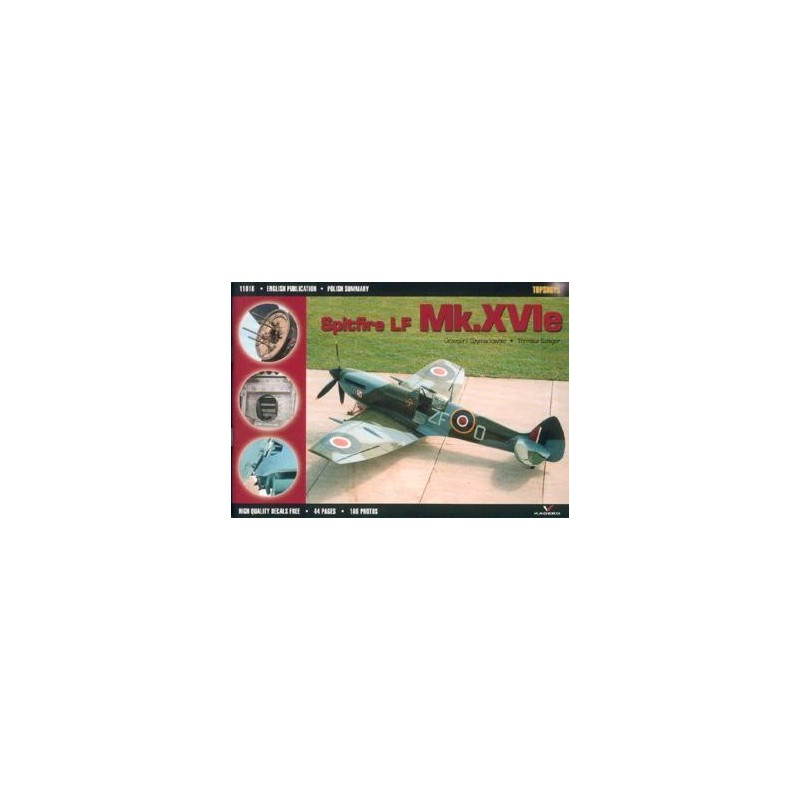 - The Spitfire Mk. IX (when powered by the Merlin 61-70) and the Spitfire Mk. XVI (when coupled to the Packard Merlin 266 engine, produced under licence in USA), were destined to become the most numerosus versions of the Spitfire. A total of 6,719 specimens of both sub-types rolled of the assembly lines (5,665 of the Mk. IX and 1,054 of the Mk .XVI). They were flown in combat until the very end of the war by many Polish fighter squadrons (including the Polish Fighting Team, aka "Skalski's Circus", as well as 308, 316, 303, 317, 315 and 302Sqns). While flying Mk. IXs and Mk. XVIs the Poles shot down over 100 German aircraft: 89 of their pilots were lost in action.

The Vickers Supermarine Spitfire LF Mk. XVIe on display at the Polish Air Force Museum in Krakow was a fighter specifically designed for aerial combat at low and medium altitudes, as well as for ground attacks (hence its designation LF, witch stands for Low Altitude Fighter). The Mk. XVI prototype was first flown in December 1943 and was off allmetal cosntruction, featuring metal covered ailerons in placeof the earlier fabric covered versions. The Kralow example has the early-production fuselage with a hig-ridged spine and a fixed tailwheel (later versiosn sproted a teardropshaped canopy, cut-down rear spine and a retractable tailewheel).

The Packard Merlin 266 engine had a two-stage supercharrger and was rateda at 1,390 - 1,600 hp. It was fitted with a four-bladed, variable-pitch propeller. The wings of the "E" variant were clipped: they housed a pair of British-Hispano 20mm cannons and a pair of Colt-Browning M2 12.7mm heavy machine guns.