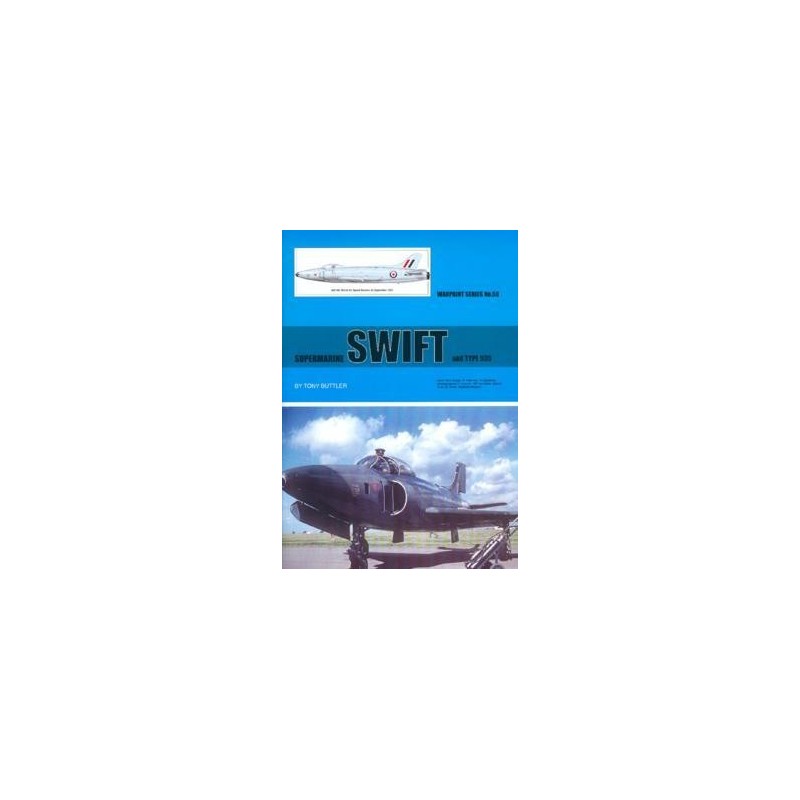 During the 1950s the RAF acquired two new home-grown day intercep­tor fighters the I lawker Hunter and Supermarine Swift. The Hunter had its teething problems but in time became a very popular and successful aeroplane, but the Swift suffered substantial and significant difficulties. Eventually it was turned into a low level fighter reconnaissance (FR) air­craft and. as such, would enjoy a successful career, albeit relatively short. Today pub­lished accounts often give the public the impression that the Swift was a complete failure, but in fact in the FR role it per­formed very well indeed.

The origin of the Supermarine Swift comes from two lines of research and requirement. In January 1947 Specification F.43/46 was issued for a new RAF day interceptor and a variety of designs was submitted by several manufacturers. However, the technology of lighter design and the weapons the aircraft carried was moving forward at such a rate that in 1948 the now out of date F.43/46 was re-written as F.3/48. By then a design from Hawker, the P. 1067 (Hunter), was thought to be the best of the new day fighter projects and F.3 48 was essentially written around it. Supermarine produced its Type 526 to F.3/48, a version of the large swept wing Type 525 naval prototype, but it was not ordered. In the meantime Supermarine had also begun research into swept w ings. prin­cipally using its Type 510 research machine, a development of the straight-wing Attacker naval fighter fitted with swept surfaces. The first example. W106, flew in December 1948 and the type was unofficially called Swift. Ihc second 510. serial VVH9. had reheat fitted to its Rolls-Royce Ncne engine before it was rebuilt with a tricycle under­carriage as the Type 535. flying in this form on 23 August 1950.