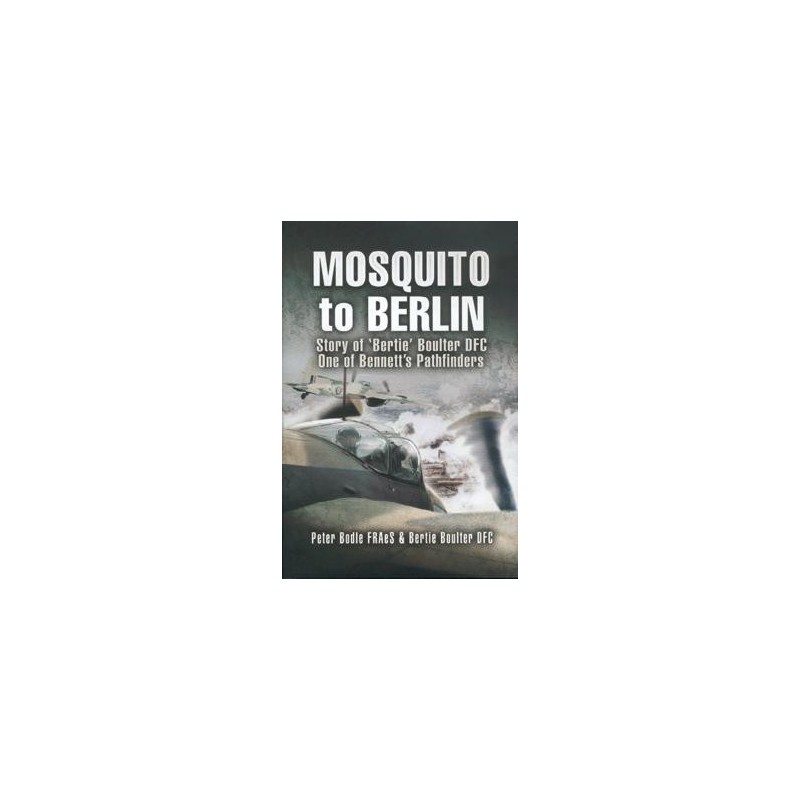 - When Don Bennett formed the Pathfinder squadrons in 1942, the majority of the chosen pilots were highly experienced aircrew who had learned their skills in the opening years of World War Two. Some, however, were exceptions and found themselves flying with this elite band with no previous combat experience. Bertie Boulter was one such pilot. He was born in Saskatchewan, on 15 April 1923, the son of British emigrants. When his father died in 1938 the family returned to their native home in Norwich. On 3 January 1942 Bertie was accepted for pilot training with the RAF and found himself back in Canada learning to fly. Upon his return to England, and with exceptional describing his flying abilities, he was posted to No 11 Radio School at Hooton Park as a staff pilot flying Avro Ansons and the lugubrious Botha, in which wireless operators were learning their trade. After a short spell at No. 12 Advanced Flying Unit, he was posted to No 128 Pathfinder Squadron in October 1944, based at Wyton and flying the legendary de Havilland Mosquito XX. He was now in the thick of Bomber Commands destruction of Germanys industrial centres and communications system. His first mission was to Wiesbaden, followed by raids on Hanover and Cologne. November saw the first of his nineteen visits to Berlin and the first bale-out. Flying at 7,000 ft, with seriously malfunctioning Merlins, Bertie, and his navigator were forced to abandon the aircraft and landed safely close to the front line but unsure of which side of it they were. Eventually he arrived in Dunkerque, where he boarded an MTB for his return to Wyton. Bertie was forced to bale out once more, in January 1945, when he was forced to abandon his aircraft near his home base because of the dense fog that was covering all of Eastern Britain. This was on his return from a raid on Berlin made by 36 aircraft, twelve of which failed to return. Boulters career with the RAF continued after the war with various units including Met. Flights and liaison duties. His log-book records that he flew 48 combat operations during which 128,000 lb of ordnance was dropped on enemy territory. Bertie Boulter was still flying a Stearman biplane fifty years later and he still meets regularly with survivors of the Pathfinder squadrons.