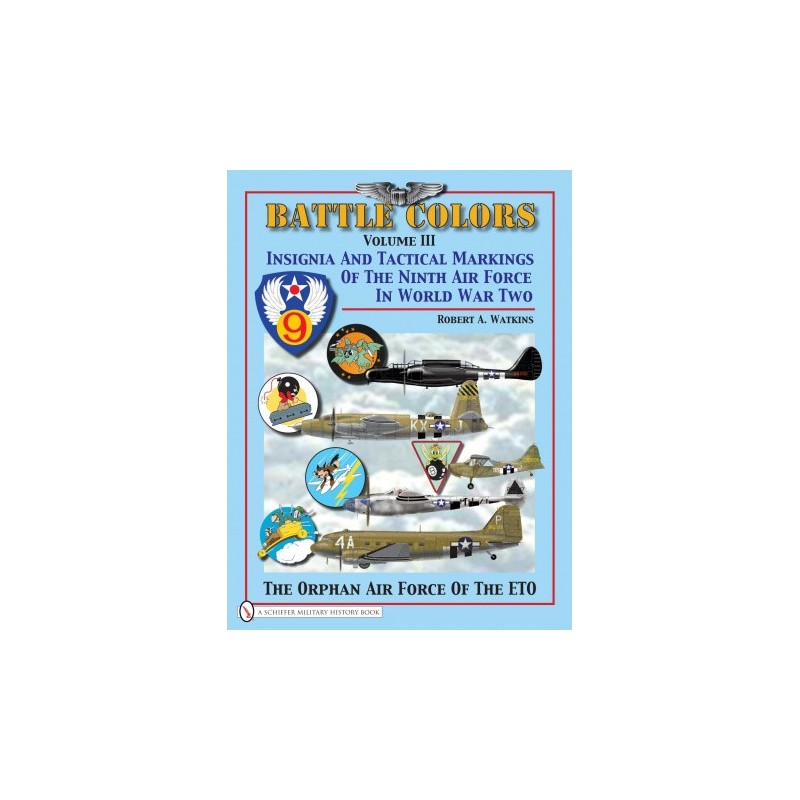 This third volume in the Battle Colors series focuses on the unit insignia and tactical aircraft markings of the 9th USAAF in the European Theater of Operations during World War II. All combat elements assigned to the Ninth AAF in the UK from 1943-45 are included: fighter, troop carrier, bombardment, reconnaissance, night fighter and liaison units. Squadron fuselage codes and recognition colors are shown within their respective sections and include maps with chronological listing and dates of each unit's assigned stations. Camouflage paint schemes with diagrams showing government specifications for the official placement of insignia and tactical markings for all major USAAF combat aircraft in the ETO are also covered.