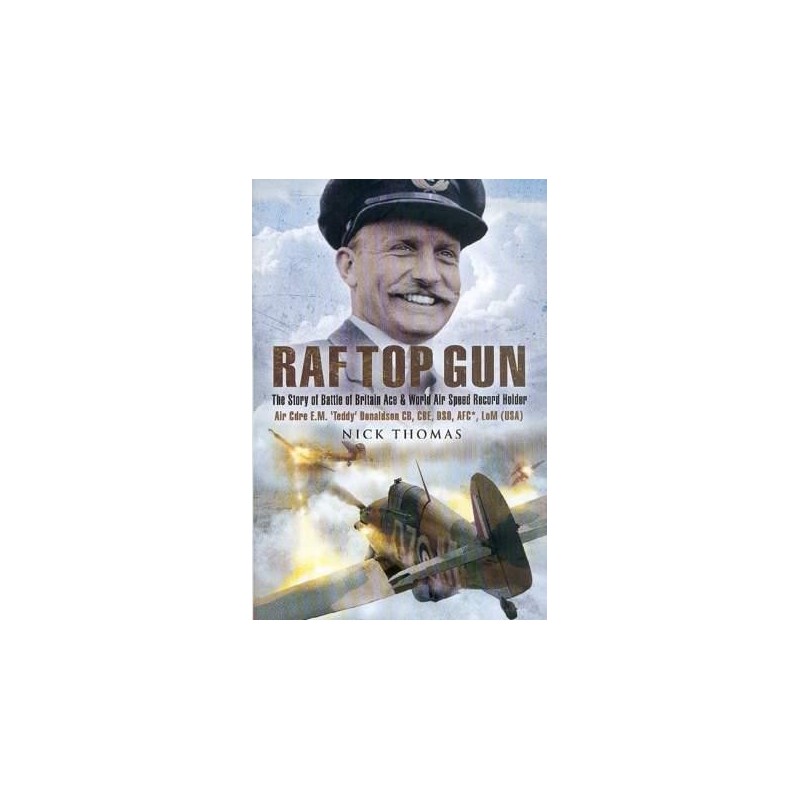 - Edward 'Teddy' Mortlock Donaldson was one of three aviator brothers to win the DSO during World War II. He joined his brother in the RAF and was granted a sort-service commission. He quickly became both a stunt pilot and a crack-shot, winning the RAF's Gunnery Trophy One and leading the RAF's aerobatic display team. When war was declared Donaldson was commanding No 151(F) Squadron flying Hurricanes and in their first engagement destroyed six enemy aircraft, shooting down many more in the following months. For his leadership of the squadron during the battle and his personal tally of eleven, plus ten probable destructions he was awarded the DSO. He then spent three years as a gunnery instructor in the USA where he taught American Gun Instructors and helped set up new gunnery schools. On his return to England he converted onto jet aircraft and commanded a Meteor squadron. This lead to him being selected to command the Air Speed Flight, established in 1946 to break the world record. 'Teddy' eventually snatched the title, setting a new speed record and breaking the 1000 kmph barrier. He retired as an Air Commodore and became the Air Correspondent for the Daily Telegraph. He died in 1992.