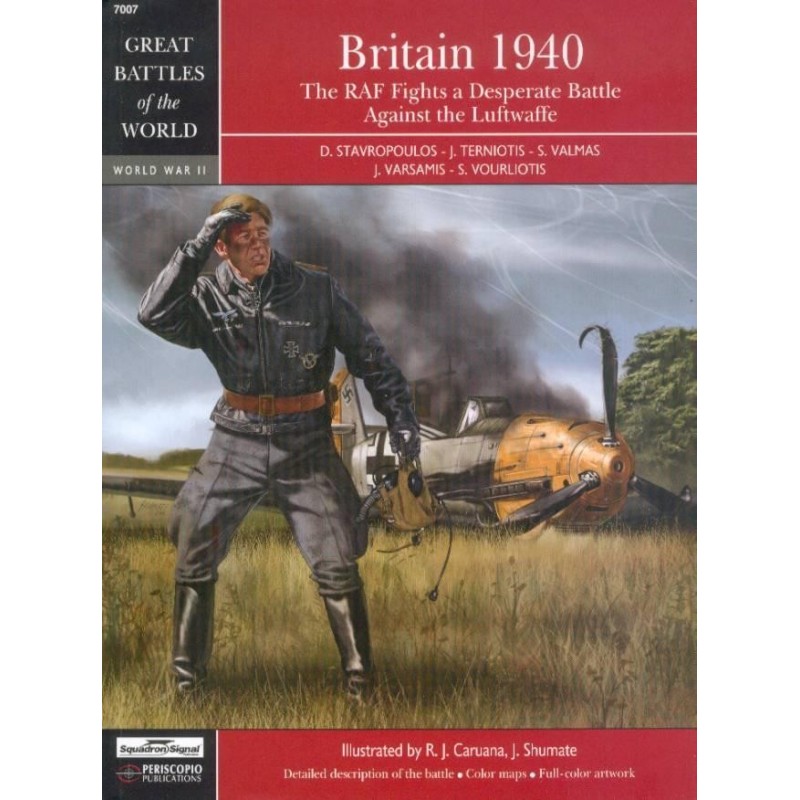 In the summer of 1940 there were just two obstacles to overcome before the triumphant conclusion of the inexorable march of Germany's mighty war machine on its way to total victory in Europe... Britain's Royal Navy and Royal Air Force.

In July 1940, Hitler assigned the Luftwaffe the mission of neutralizing the RAF, to make it possible for his all-conquering armies to undertake a seaborne invasion along the English south coast beaches. The well-learnt battle experiences and well-tried advanced tactics of the German pilots would be a guarantee of their anticipated success. However, Hitler had not taken into account the aggressive spirit and heroism of the British pilots that blended so well with the brilliant defensive tactics of the RAF's mastermind, Air Chief Marshal Sir Hugh Dowding, and the decisive contribution of the fledgling radar. These, in concert with the inherent weakness of the German strategic and operational thinking, handed Britain an unexpected victory, thus forcing Hitler to abandon all his plans for a seaborne invasion.

Prime Minister Winston Churchill, the country's leader during this critical battle, had earlier addressed his people with the following words: 'Let us, therefore, brace ourselves to our duties, and so bear ourselves that if the British Empire and its Commonwealth last for a thousand years, men will still say, "This was their finest hour." ' And so it was that his fellow citizens in the RAF turned to face the approaching battle with the indomitable will to vindicate his prophetic words. History has honoured the memory of those British pilots who overcame every adverse condition they were forced to face and, in the end, managed to halt the German flood, as well as never forgetting their worthy foe who never hesitated in the face of certain death. Between them, heroes all, they created the epic that was, and remains rightly called "the world's last romantic battle."

This book is fully illustrated with b/w and colour photos, plus maps and colour profiles.