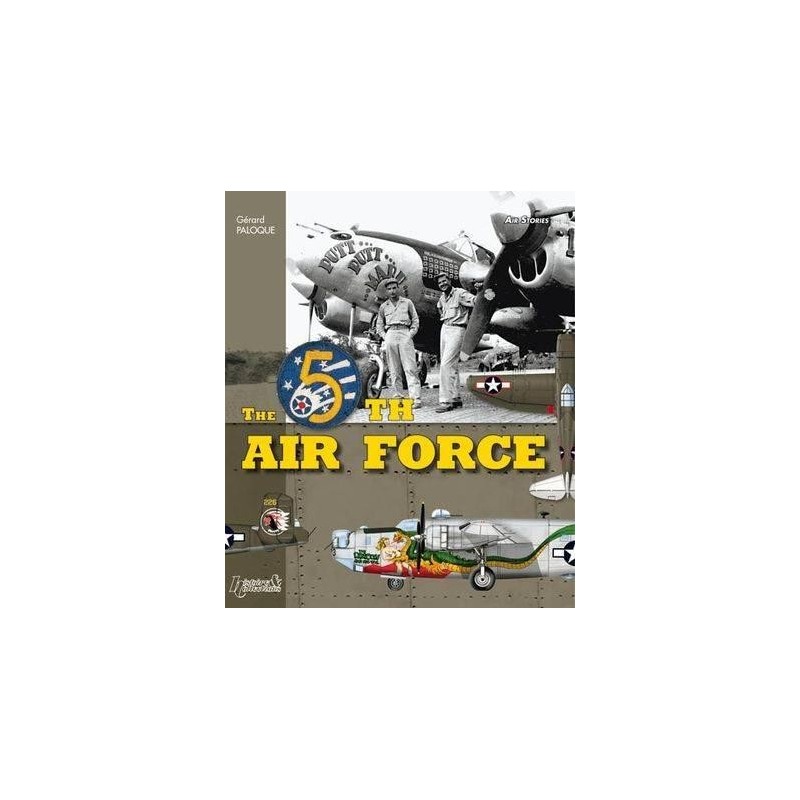 The 5th Air force was created in 1941, but was re-organised under its new name in February after its withdrawal from the Philippines. The book tells the story of the different Air units during the war against the japanese force near Australia and New Guinea until June 1945. More than 200 full-color profiles depicte the aircrafts of the Fighter Squadrons (P-38 Lightning, P-39 Airacobra, P-40 Warhawk , P-47 Thunderbolt, P-51 Mustang ...), Bombers groups (B-24 Liberator, B-25 Mitchell , B-26, Douglas A-20...), or the Troop Carriers. This is an essential source of information for everyone interested in the Pacific War, or for all the Aircraft modelers.