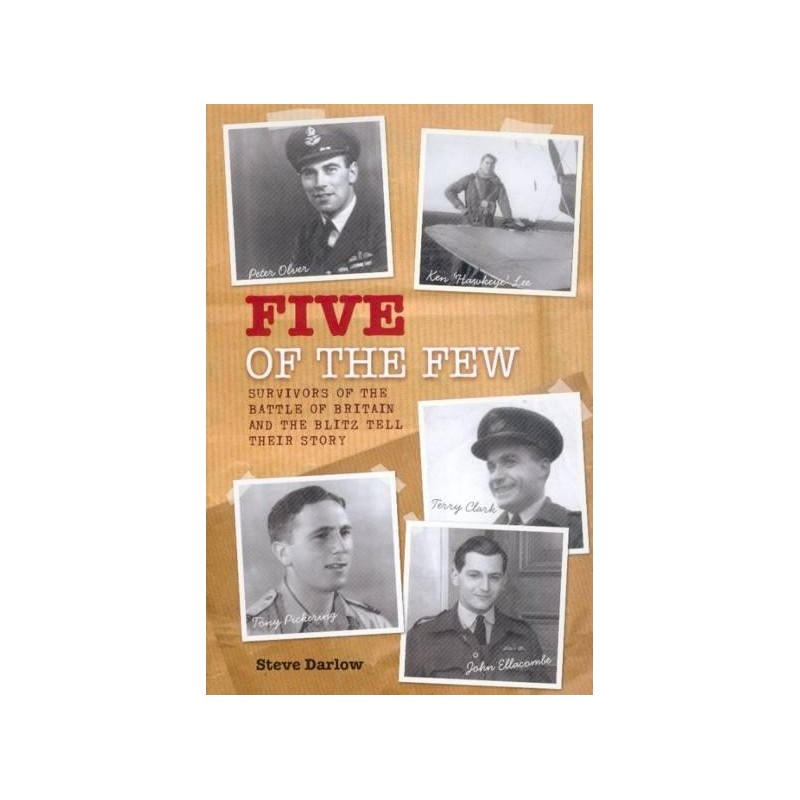 FIVE OF THE FEW. Survivors of the Battle of Britain and the Blitz...

Churchills Few will forever be remembered by history as men who thwarted the seemingly invincible German war machine, when all seemed lost. They countered the full force of the Luftwaffe in the daylight battles during the summer of 1940, and in the night skies of the winter and spring of 1940/41. They were at the time, and still are, perceived as knights of the air, as our heroes.

FIVE OF THE FEW. Survivors of the Battle of Britain and the Blitz...