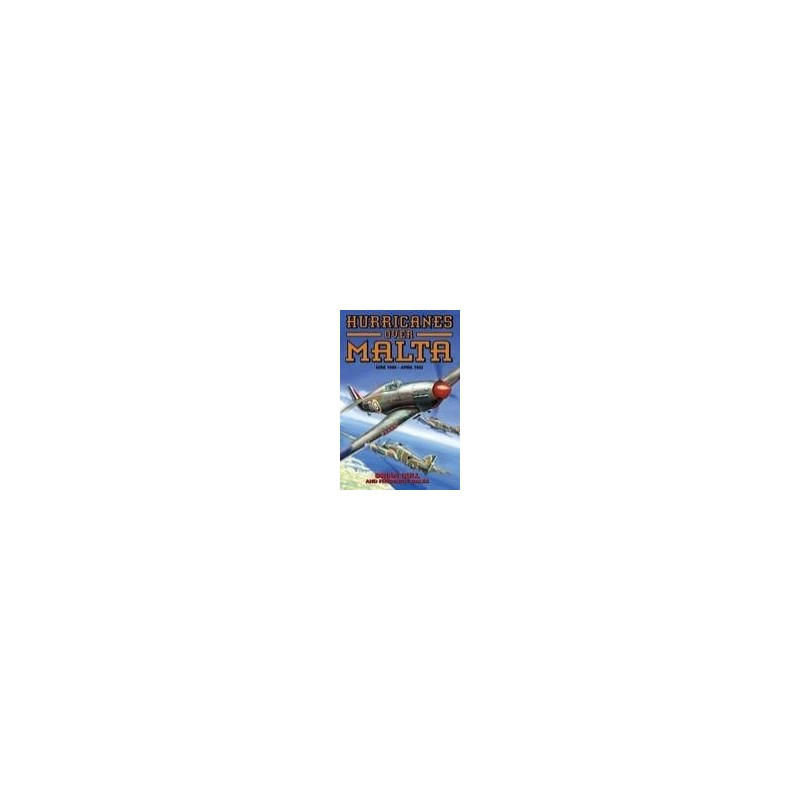 - Based on the factual, historical and widely acclaimed 1987 Grub Street publication Malta: The Hurricane Years (still in print), Brian Cull's definitive Hurricanes over Malta is a fully revised and updated account of the gallant band of RAF and Commonwealth pilots who flew Hurricanes in defence of Malta between June 1940 and April 1942, when help in the guise of Spitfires finally arrived. Most of the Hurricanes which held this tiny outpost of the British Empire in the heart of Axis-dominated territory had been flown from the decks of aircraft carriers or from bases in North Africa, while a handful of fighter pilots arrived by Sunderland flying boats or other aircraft in transit from the UK via Gibraltar. Many of these pilots were inexperienced and quickly paid the supreme price, particularly when the Messerschmitt pilots of the elite 7/JG26 arrived in Sicily in early 1941, and later in the year when more from JG53 made their presence felt.

Since the earlier publication, a number of important personal diaries and journals have come to light, and these have been widely quoted to provide the atmospheric background, the thoughts and the hopes of some of the Hurricane pilots who defended Malta. Not all of the diarists survived, but their impressions provide a fitting tribute to their courage, aspirations and fears. Much of the early period of the air defence of Malta is enhanced by the personal experiences of Flt Lt (then Sgt Plt) James Pickering AFC, who flew Hurricanes with 261 Squadron, and who has also kindly provided the Foreword and many of the previously unpublished photos to be found within.

Hurricanes over Malta is the third in this new Grub Street series by Brian Cull featuring specific fighter aircraft types in major World War II campaigns or theatres of operations, following on the success of Hurricanes over Tobruk (1999) and Spitfires over Sicily (2000). The next in the series, Hurricanes over Singapore, is due to appear in 2002.