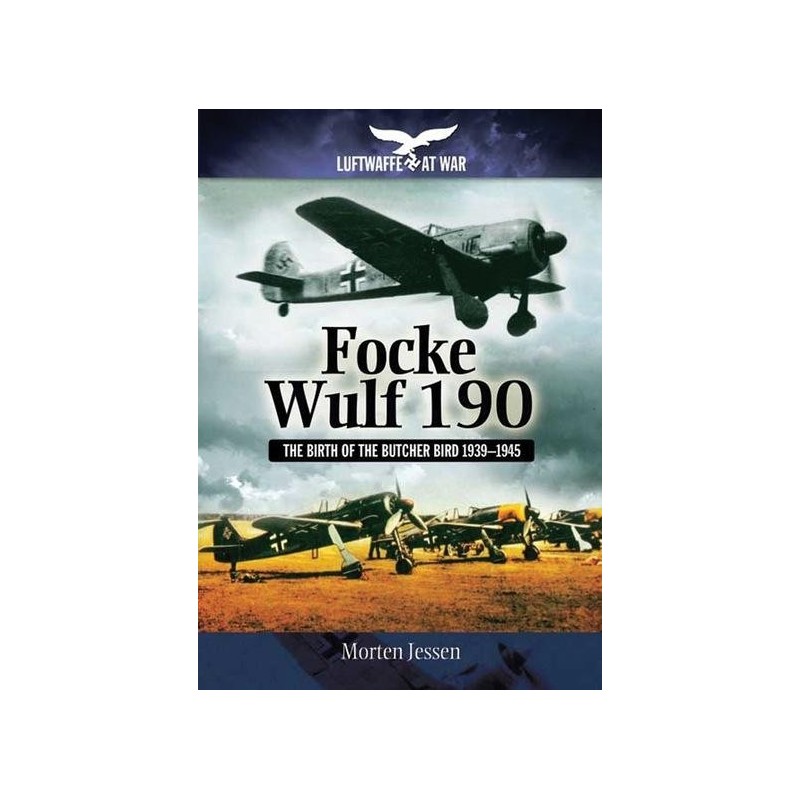 Lots of detail in the photos, with aircraft both in flight and on the ground. Many include good detail which will be useful for modellers. Not just things like engines with the covers off and the small handling trolleys used to fit bombs under the fuselage bomb racks but details such as examples in Russia where the lower section of the undercarriage doors have been removed to prevent the build up of mud in the winter conditions they had to operate in. An excellent little change for a modeller to include. As well as the aircraft themselves, the pictures also hold lots of background details, and I found a couple of different styles of hangers that looked particularly unusual and which could make an excellent backdrop for a model if you wanted to have a go at re-creating them on a diorama. In one of these the aircraft in fornt carries some unusual leading edge markings as well, so more to attract a modeller.

The 190 was an excellent aircraft which served throughout the war, and this is a good selection of pictures that show it for anyone with a special interest in the type.

This photo collection continues to provide a good source of reference for modellers and aircraft historians alike, and they offer I think very good value for money.