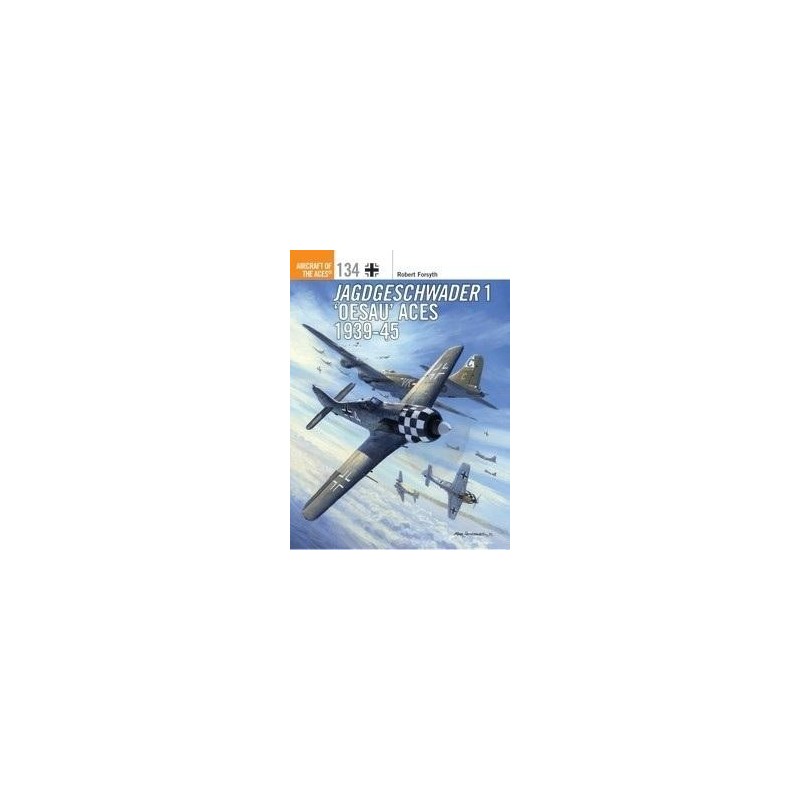 Formed shortly after the outbreak of World War 2, and equipped with Messerschmitt Bf 109Es, Jagdgeschwader 1 was initially tasked to defend the regional North Sea and Baltic coastal areas and Germany's main port cities and naval bases. The greatest task for JG 1 though came after 1942 in its defence of the Reich against the US Eighth Air Force's B-17s and B-24s, bearing the brunt of defence against increasingly regular, larger and deep penetrating USAAF daylight bomber raids with fighter escort. Levels of attrition subsequently grew, but so did experience among the leading aces, who were often the subject of propaganda films and literature.

Many of Germany's most famous World War 2 aces flew with JG 1 including Herbert Ihlefeld (132 victories), Heinz Bär (220) and Walter Oesau (127), piloting Bf 109Es, Fw 190s and the Heinkel 162 jet fighter. Packed with photographs and profile artwork and revealing first-hand accounts, this is the compelling story of the Luftwaffe fighter pilots who battled to defend the skies of Germany.