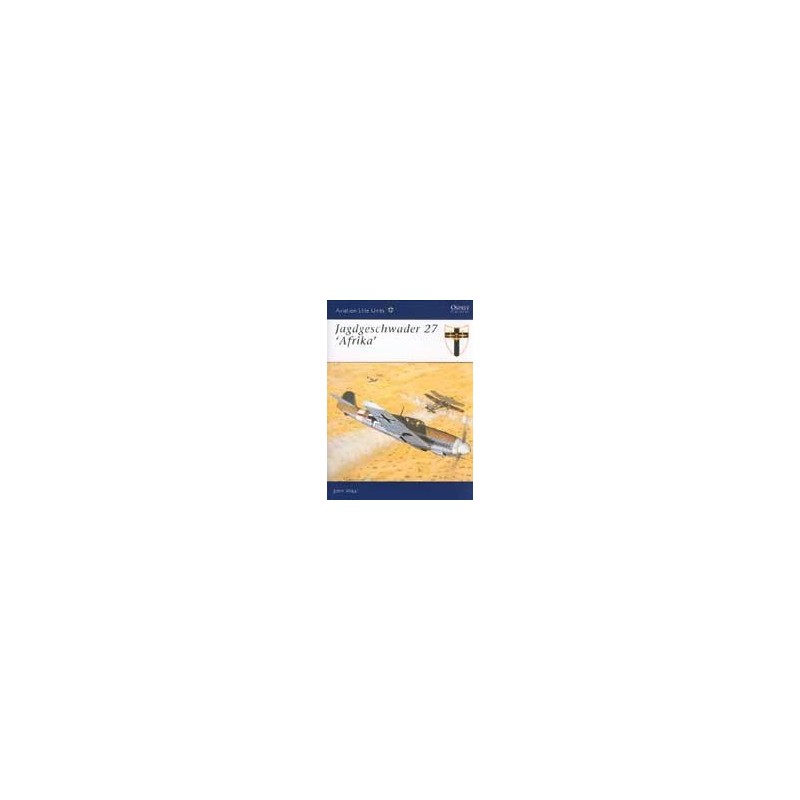 Synonymous with the Afrika Korps and the campaign in North Africa, JG 27 provided Rommel's army with fighter protection for virtually the whole 'roller coaster ride that was the war in the Western Desert from 1941-43. Formed in Germany on 1 October 1939 (with Adolf Galland as CO of I.Gruppe), JG 27 saw considerable action both during the Battles of France and Britain, downing 146 aircraft in the latter campaign alone. Sent to North Africa in April 1941, the geschwader had an immediate impact on the campaign, which had up until then been dominated by the Allies. The third volume in the Aviation Elite series on a German fighter geschwader, this book will once again prove popular with Luftwaffe enthusiasts and hobbyists alike.