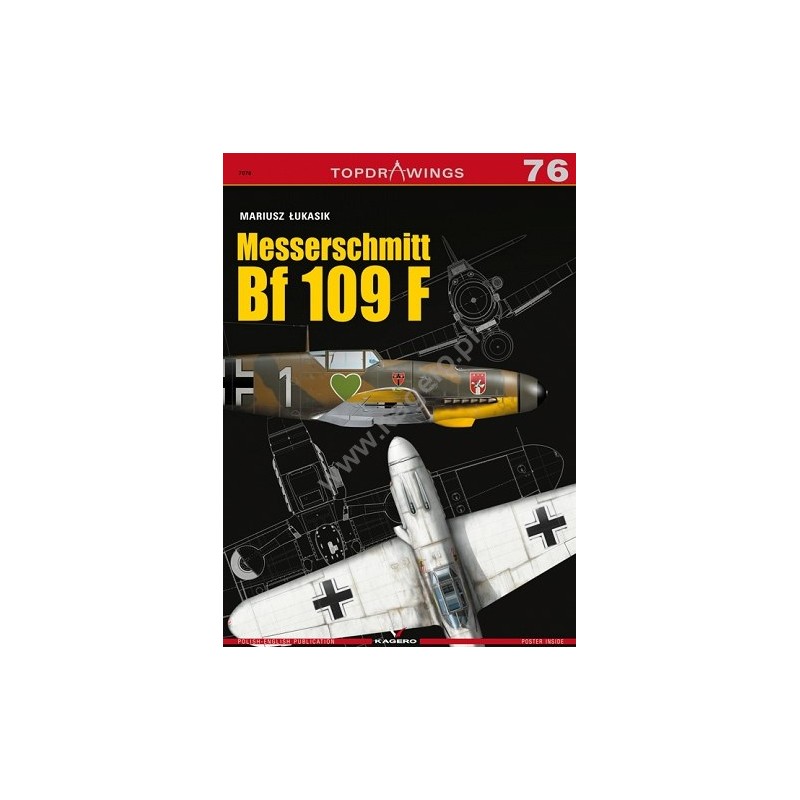 Messerschmitt Bf 109 F (Friedrich) is one of the most important versions of this famous fighter. It was powered by the same engine (DB 601E) as the preceding Bf 109 E (Emil), but the airframe design differed significantly compared to its predecessor. The plane gained a more aerodynamic profile due to the new engine cowling (the engine had its own starter, which resulted in the extension of the unit), a new, rounder propeller hub and rounded wing tips. In addition, supports were removed under horizontal stabilizers. Bf 109 F had its first flight on January 26, 1939. Two prototypes were built. Two machines in version Bf 109 D were also rebuilt for testing the new engine installations. Friedrich had new under-wing radiators, which were twice as wide and lower than those used in the previous version of the aircraft. They were equipped with a two-part flap regulating the air supply. The prolonged tests and new requirements on the fighter's armament delayed the implementation of Bf 109 F for series production. The Messerschmitt company had signed a contract with the Reich Ministry of Aviation, which specified the requirements for two variants of the fighter's weaponry: a light variant with MG151/15 in the fuselage and a heavy variant with MG FF/M in the fuselage.