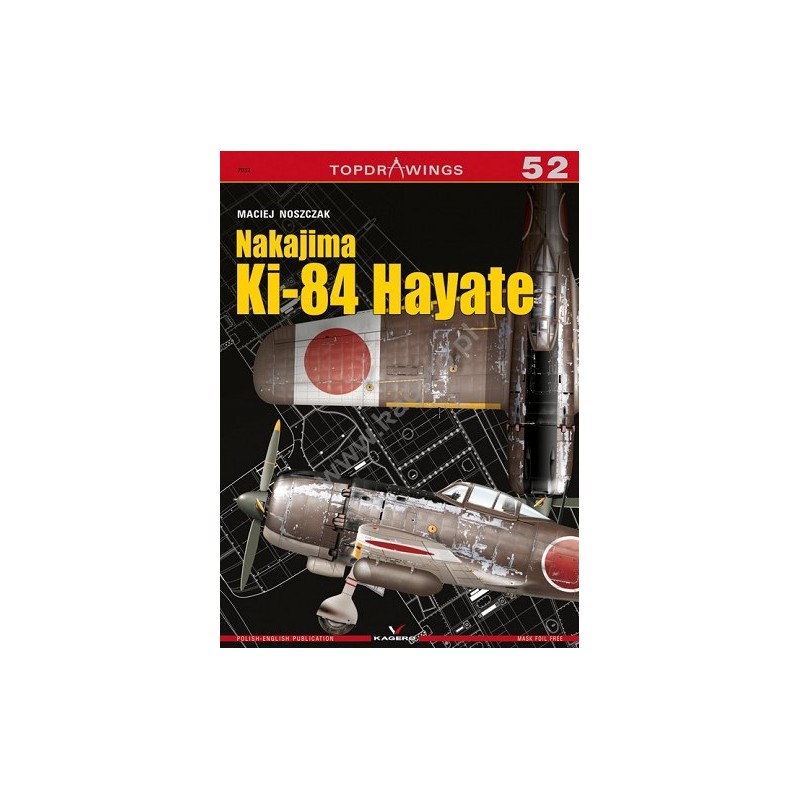 Emergence of the Ki-84 was spurred by the availability of a new 18-cylinder Ha-45 twin radial engine manufactured by Nakajima. The first prototype of the new fighter was ready on March 20, 1943, with the first flight taking place in April. In June 1943, as the flight test program continued, two more prototypes were completed.The second series of 42 ?additional prototypes? was built between March and June 1944. The full-scale production of the Ki-84?s first and basic version Ki-84 Ko was launched in Ota in April 1944 when the production and flight testing of prototype machines was still ongoing. All Ki-84 Ko fighters featured offensive armament consisting of two fuselage-mounted Ho-103 12.7 mm guns and two Ho-5 20 mm cannons installed in the wings. Early-production examples were still powered by the Ha-45-11 engines, but those were soon replaced by the Ha-45-12 engines developing 1825 hp. Later on a more advanced version of the engine was introduced ? Ha-45-21 ? which featured a more efficient supercharger and developed 1990 hp.