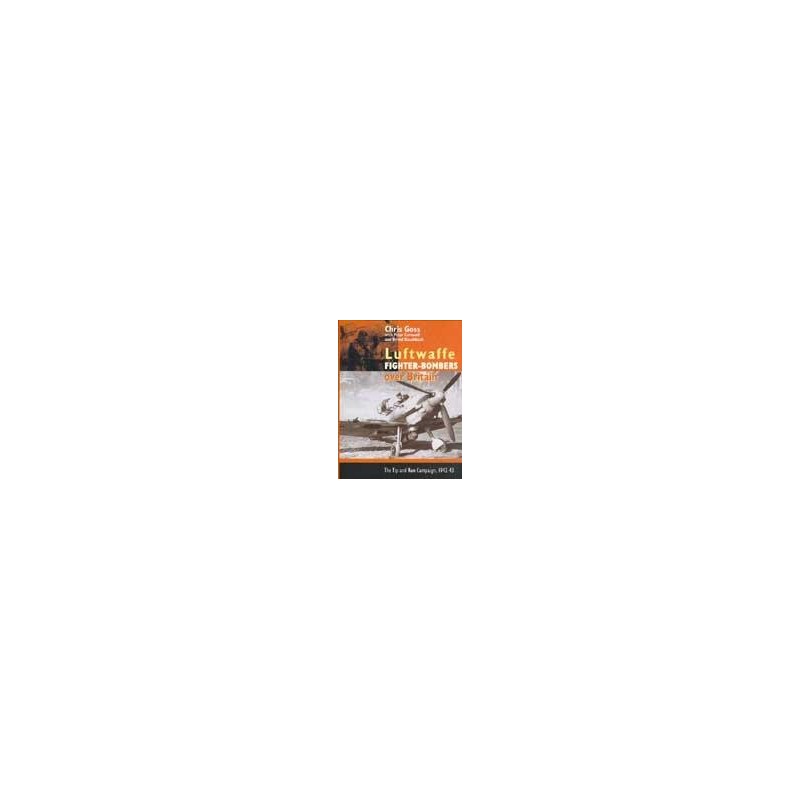 As the Battle of Britain came to a close, the Luftwaffe began arming its single-engined fighters with bombs, using them in preference to twin-engined bombers against many daylight targets. Two units were designated for these Jagdbomber (literally fighter-bomber) attacks 10/JG 2 and 10/JG 26. Their targets included shipping and coastal installations, railways, gas holders and selected military and civilian objectives. The detrimental affect on British morale caused by these Tip and Run attacks was great.

Luftwaffe Fighter-Bombers over Britain analyses the campaign from March 1942 June 1943 using contemporary records and first hand accounts from both the German and British sides and highlighting, amongst others, unopposed attacks on London, Bexhill, Eastbourne, Hastings, Yeovil, Salisbury, the Isle of Wight, Great Yarmouth, Torquay and Bournemouth. Tactics are considered from both attacker and defender viewpoints, their successes and their failures.

Incorporating almost 300 previously unpublished photographs, and packed with detailed research, Luftwaffe Fighter- Bombers over Britain appeals to those experiencing the raids, those with an interest in local history, the military researcher and aviation historian.