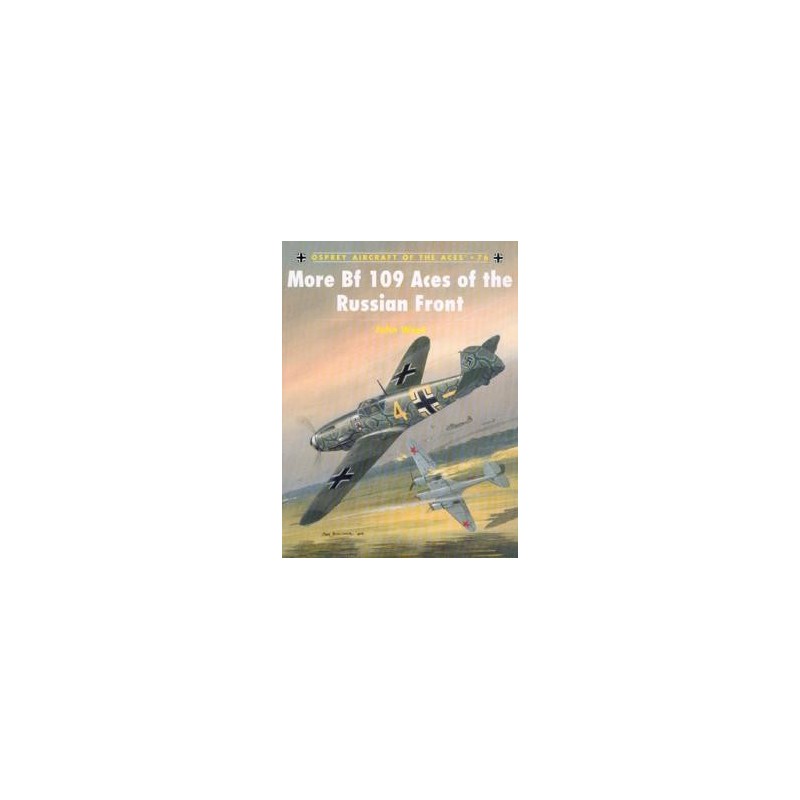 The four-year long Eastern Front campaign fought between Germany and the Soviet Union produced not only the greatest number of aces, but also the highest individual and unit scores ever recorded in the history of aerial warfare. An ideal complement to its bestselling predecessor, this fully illustrated volume covers the Luftwaffe fighter pilots credited with scores of between 50 and 100: every single one of them amassing a greater number of victories than the highest and most celebrated of any British or American World War II ace. Despite these huge personal totals, the names of these pilots who fought against the Red Air Force remain almost unknown to many English speaking readers. More Bf 109 Aces of the Russian Front rectifies that omission, providing first-hand accounts from the combat veterans themselves, as well as never-before published photographs, vividly conveying the terrible experiences of the protagonists in this difficult theatre of war.