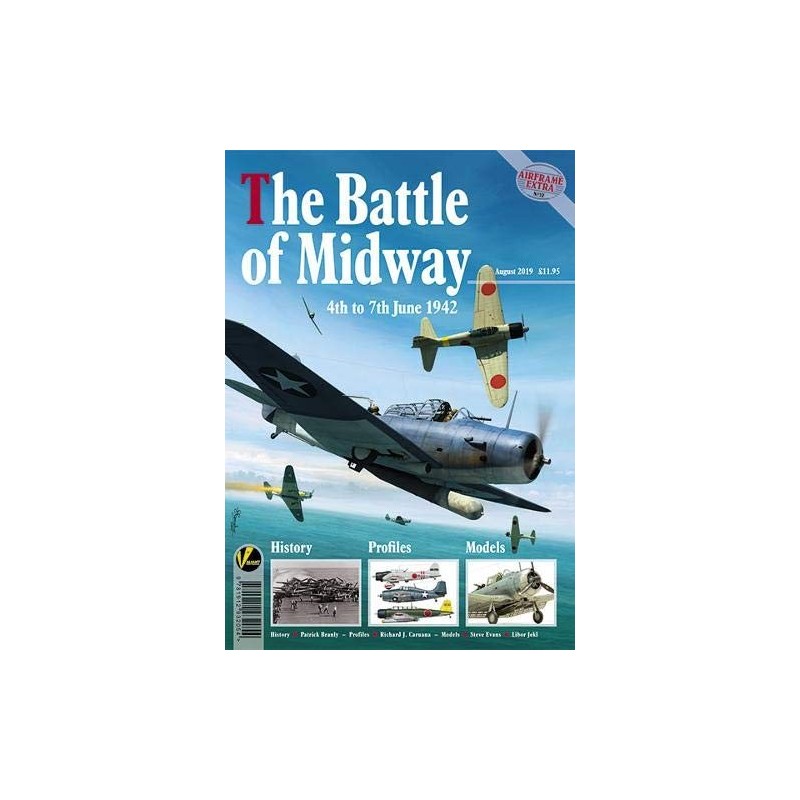 Valiant Wings Publishing is about to produce the tenth title in the much-acclaimed Airframe Extra series: The Battle of Midway. It will also be our fifty-first book in ten years.

Many active scale modellers like to build subjects based on a theme or historical event. This series looks at specific areas and events in the history of aerial warfare.

Each title covers the history and timelines, detail of the protagonists, period photographs and superb colour artwork from Richard J Caruana.

Specific kit builds in 1/72nd and 1/48th scales from Steve A. Evans and Libor Jekl commemorate each event that we cover.

Covers the historical aspects of the battles in the air and at sea over and above Midway between the 4th & 7th June 1942: